Home » Weather in Andorra – When to Go, Best Time to Visit

Andorra, one of Europe’s smallest countries, nestled between France and Spain, has an Alpine Mediterranean climate which varies with altitude.

Andorra’s winters can be extremely cold, with snowfall, creating the perfect conditions for skiing and snowboarding in the biggest ski resort in the Pyrenees.

Rainfall is present throughout the year, but Andorra’s summers tend to be wetter than its winters. January through March are actually the driest months. Remember that we’re talking averages here. And of course, rainfall also depends on altitude. 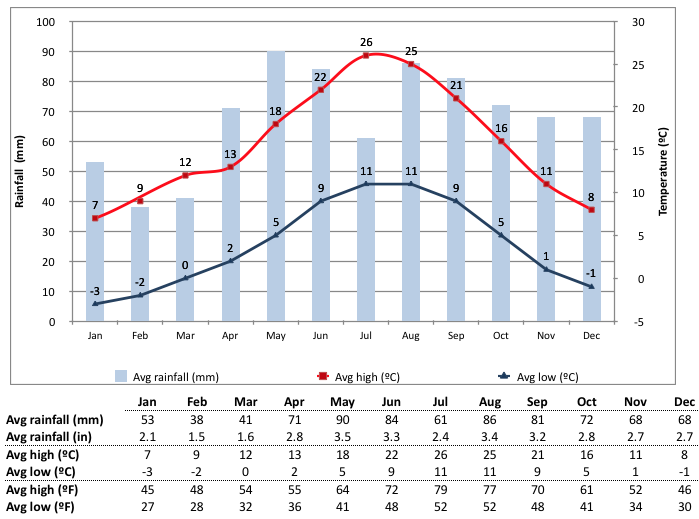 Andorra can be visited all year. If you enjoy winter sports, you should go during the ski season, from December through April. The mountains will be covered in snow, and many days will have clear skies.

If you enjoy hiking, consider May through September with nice temperatures. The summer isn’t totally reliable though, a waterproof outer layer may be welcome for sudden downpours.