Cape Verde is a paradise destination, known for its gorgeous beaches of golden sand and blue-green waters.

If you are planning a holiday to Cape Verde, know that the best beaches are located on Sal and Boa Vista Islands. While visiting the archipelago, you’ll also have the chance to enjoy the beautiful natural landscapes, the Cape Verdean cuisine and the welcoming people.

The Best Beaches on Sal Island 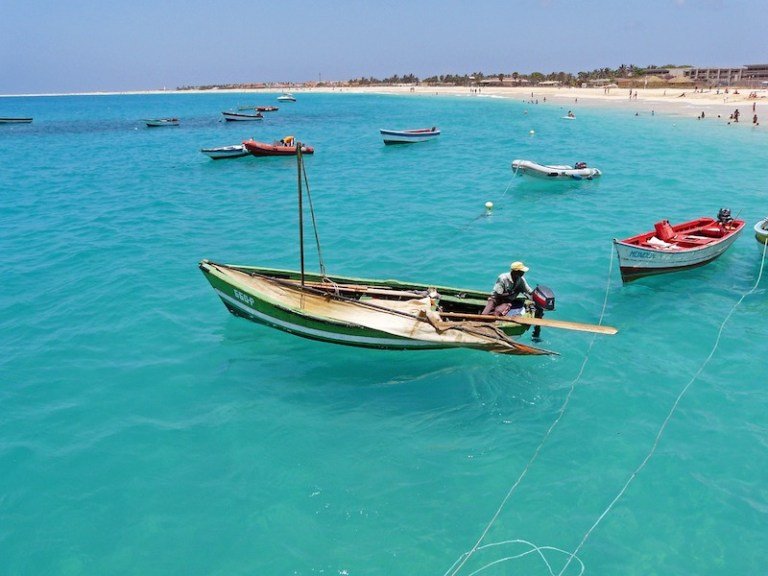 Located on the southern tip of Sal Island, Santa Maria is a fishing village and Cape Verde’s most popular beach, probably because of its soft sand and flat sea. It’s a great diving spot and a place for walks along the ocean. Don’t miss the moment when the fishermen bring in the catch of the day. Santa Maria has a few beach restaurants, some hotels along the bay, as well as restaurants and bars in the village, a few minutes from the beach.

To stay on the beachfront, check out Hotel Morabeza or the Hilton Cabo Verde Sal Resort. 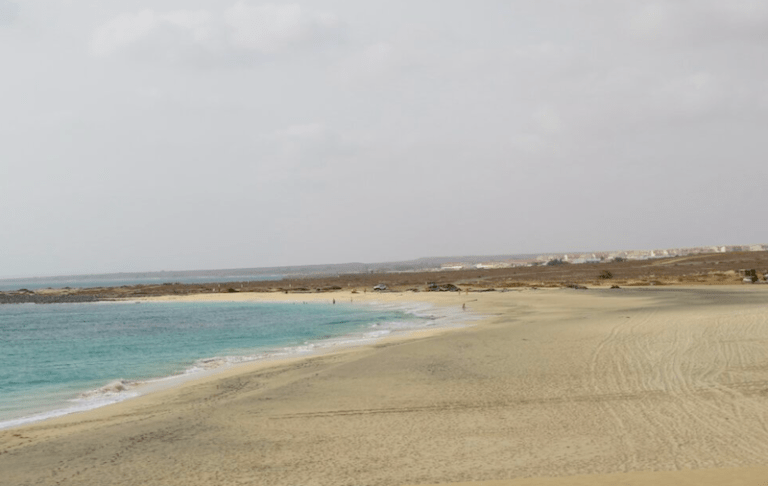 Ponta Preta Beach is located about 2km (1.2mi) west of Santa Maria. A wild landscape of stunning dunes prevails at this hotspot for surfing and windsurfing. Sometimes windy, there are several days when the wind is just a breeze. If there’s one thing you can be sure of is that it’ll be quiet. There’s only one restaurant, the silence is total, broken only by the sound of the breaking waves.

To stay on the beachfront, we suggest the ClubHotel Riu Funana, or the Riu Palace Cabo Verde. 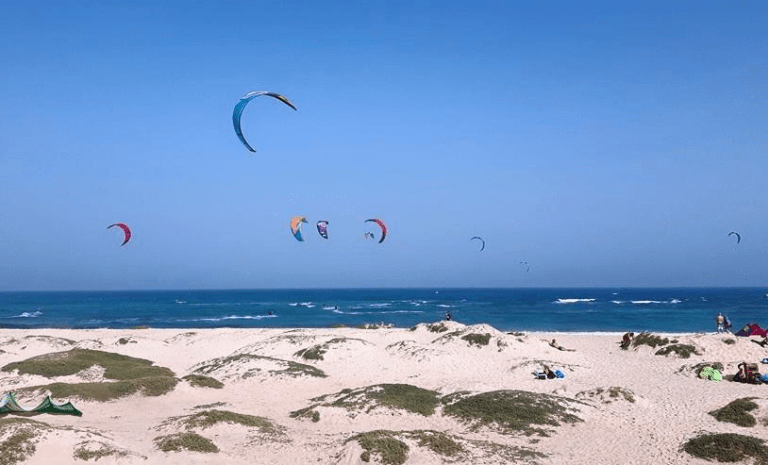 On the southeastern coast of Sal Island, about 4km (2.5mi) from Santa Maria, Kite Beach forms a bay, with calm waves but constant winds. For that reason, it’s one of the best spots for kitesurfing, and it’s growing in popularity with surfers and windsurfers, especially between November and March when conditions are great. For equipment rental and kite and surf lessons, we recommend the Mitu & Djo Kite School, owned by the Kitesurf World Champion, Mitu Monteiro.

Chaves is probably one of the most beautiful Cape Verdean beaches. You’ll find a long, sandy stretch with a gentle breeze blowing during the day, where you can take nice walks by the sea. To stay on the beachfront, we recommend Iberostar, which actually sums up the hotels you’ll find on Chaves Beach. 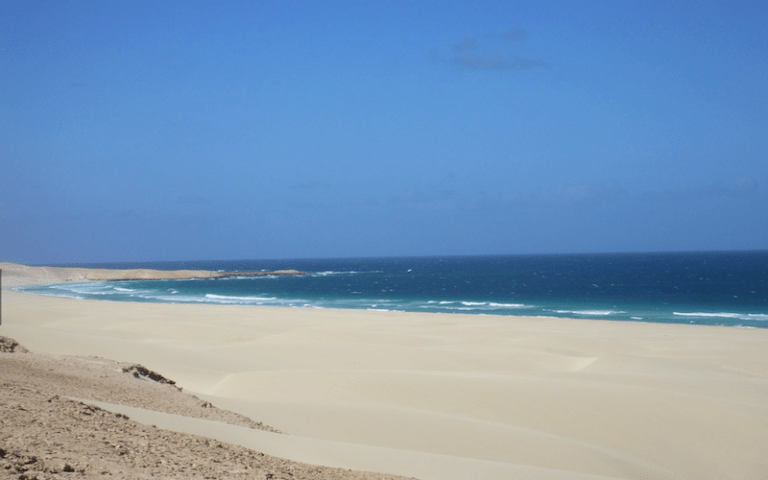 Located on the southwest coast of Boa Vista Island, Santa Monica is a beach just for you (at least until the new hotel construction isn’t over). Stretching for about 18km (11mi), it is a beautiful, semi-deserted beach, where you can enjoy the waves in the sand made by the wind between the blue sea and the brown of the island’s arid landscape. The beach is accessible by SUV, pickup or 4×4 motorcycle. 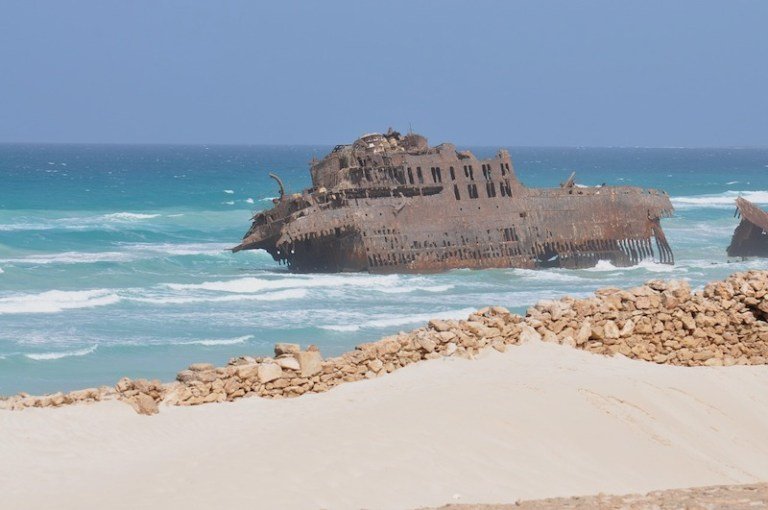 The wreck of the Spanish cargo ship

On the north coast of Boa Vista Island, Atalanta Beach is best known for the wreck of the Spanish cargo ship Cabo Santa Maria in 1968, on its return voyage from Argentina and Brazil. Legend has it that it carried gifts for the dictator Franco and his supporters. The rusty carcass dots the stunning coastline. The name Atalanta is thought to have come from another ship that disappeared here decades earlier, in 1920. Though not a beach for bathing, Atalanta is a windsurfing destination, and a place to observe turtle spawning from June to September.