Home » Weather in Florianópolis – When to Go, Best Time to Visit

Located on Brazil’s southern coast, Florianópolis is the capital of the state of Santa Catarina. It is one of the top summer destinations in Brazil, with increasingly popular beaches for every type of traveller.

Florianópolis has a subtropical humid climate, with relatively well defined seasons, which are at opposite times to those in the northern hemisphere.

Summers are hot and winters are mild, sometimes cold by Brazilian standards. The average humidity is almost always above 80 percent, and it rains throughout the year.

Rainfall is significant and distributed throughout the year. There is no dry season, and the summer months are the wettest, especially January through March, with monthly averages above 180 milimetres, or 7.1 inches. The driest months are April to August. 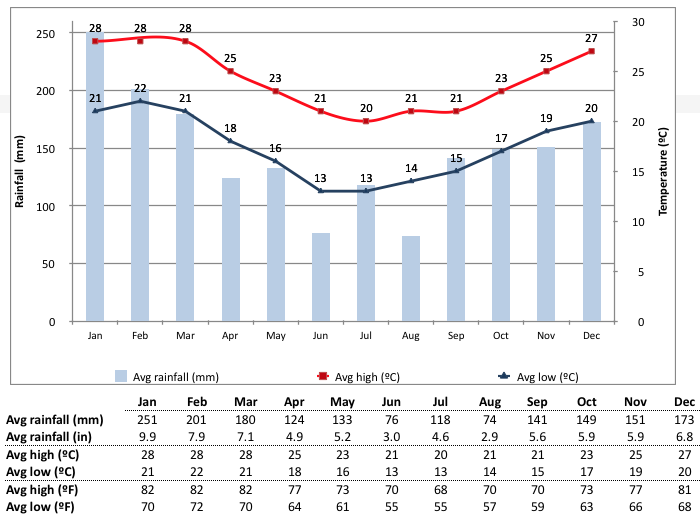 Ultimately, the best time to visit Florianópolis is from mid-March to mid-May. The rain is less abundant and temperatures are still inviting to go to the beach. But hot or mild temperatures make it a year-round destination.

If you travel during the busy high season (New Year’s Eve and Carnival), consider booking your flight and hotel some time in advance.