Home » Weather in Fortaleza – When to Go, Best Time to Visit

Fortaleza is a well-known beach destination in Brazil’s northeast coast.

It experiences a humid tropical climate, with constant temperatures throughout the year.

In Fortaleza, there are two distinct seasons: the rainy season (summer) and the dry season (winter). Note that these are Southern Hemisphere’s seasons.

Fortaleza enjoys constant trade winds, which are more intense between August and November.

The rainy season runs from January to July, with the rainiest months being March and April, during which it rains on average 21 days per month. However, downpours typically occur during the night and early in the morning. The humidity is usually high, above 80 percent.

The dry season runs from August to December. At this time of year, rainfall is rare (on average 3 to 5 days per month) and most of the days are sunny and hot. 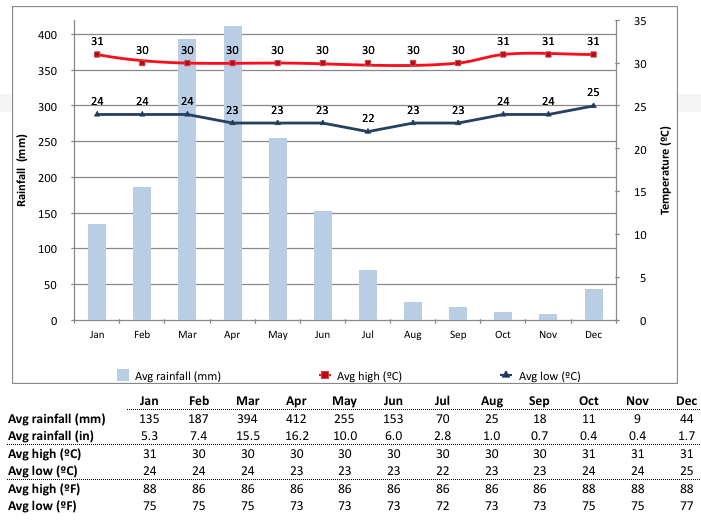 The best time to visit Fortaleza is between August and December (dry season). Hot weather and little rainfall offer the ideal conditions to explore the city and enjoy its beautiful beaches.

If you travel during the high season (New Year’s Eve and Carnival), or during the Fortal party that takes place in July, consider booking your flight and hotel some time in advance.