Home » Weather in Hamburg, Germany – When to Go, Best Time to Visit

Hamburg experiences an oceanic climate, and much of Germany’s unpredictable weather.

That said, it is not uncommon for a hot summer day to be followed by a windy, cold and rainy day.

Affected by the air masses coming from the Atlantic Ocean, Hamburg sees rainfall throughout the year.

Winters in Hamburg can be freezing, with highs around 4ºC / 39ºF. In general, the average low doesn’t drop below zero, but it can snow, especially in January and February.

It rains throughout the year. The rainiest months are June, July and August (11 rainy days per month on average). 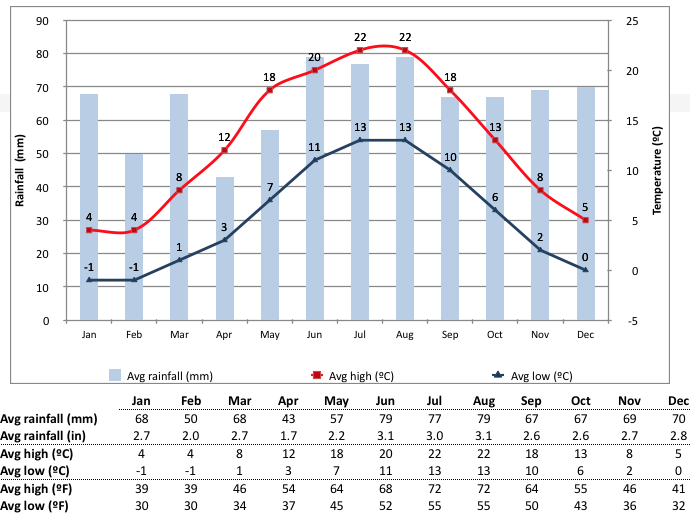 The best time to visit Hamburg is between May and September when temperatures are milder and the days are longer. But whatever the season, make sure to pack a rain jacket or umbrella.