Home » Weather in Mozambique – When to Go, Best Time to Visit

Mozambique has a humid tropical climate, influenced by the Indian Ocean monsoons and the warm currents from the Mozambique Channel.

The year is basically divided into rainy and dry seasons, each with its own characteristics. However, in high altitudes the weather resembles that of temperate regions, which means it’s more like northern hemisphere regions which have four seasons.

Temperatures remain relatively consistent throughout the year, with the hottest months being January and February, which also happen to be the rainiest months of the year in Mozambique. 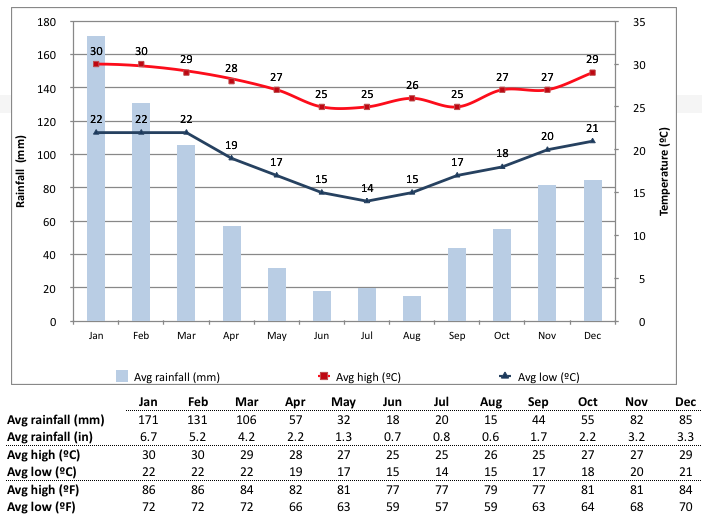 Based on temperature and rainfall, the best time to visit Mozambique is during the dry season, that is, between May and September, when the weather is relatively cool and pleasant.

The rainy season may produce flooding, especially in the north of the country, so it may not be a good idea to travel to this region from October to April.