Home » Weather in Munich, Germany – When to Go, Best Time to Visit

Munich in Germany has a humid continental climate, which means there’s more chance of rain and thunderstorms in summer than in winter.

Because of its location in central Europe, Munich is also influenced by other climates such as an oceanic climate, which explains why the weather in this German city is relatively unstable.

Temperatures and Rainfall in Munich

Winters are cold, with temperatures often dropping below zero. The weather varies, but it usually snows somewhere between late November and late February. The average low can reach -3ºC / 27ºF. In January and February, the average high rarely goes over 5ºC / 41ºF.

It rains throughout the year, but May through August typically see more days of rain. January and February are on average the driest months in Munich. 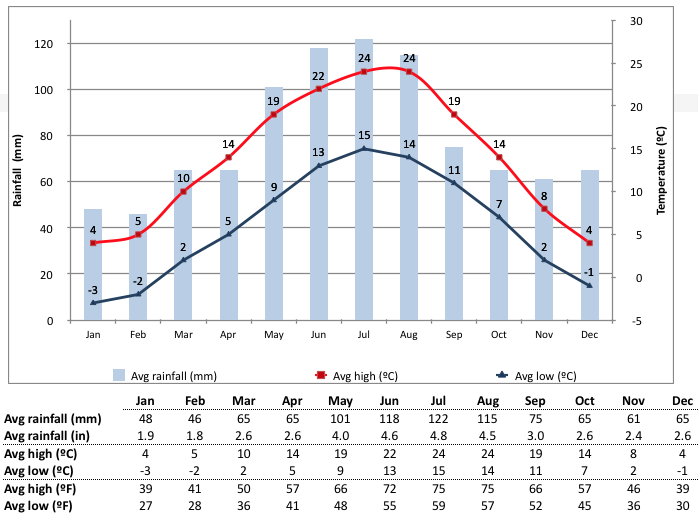 The best time to visit Munich is between late April and mid-October, with milder temperatures and longer days.

Spring is actually the ideal time to see flowers in bloom on the streets and gardens of the Bavarian capital, with many sunny days.

If you travel between June and August (high season) or during the Oktoberfest from late September to early October, you’d better book your hotel some time in advance to get the best deals. In summer, be sure to pack a small foldable umbrella and a waterproof jacket.