Home » Weather in Paraguay – When to Go, Best Time to Visit

Climatically speaking, autumn and spring do not really exist. April and September can be considered transitional months in which temperatures are below the seasonal averages.

Despite the mild winter, the territory of Paraguay is exposed to the dry and cold pampero winds of the South Atlantic. On the other hand, during summer the climate is influenced by the warm humid sirocco blowing out of the northeast Amazon basin. The absence of natural barriers, such as mountains, creates the conditions for abrupt temperature changes.

Rainfall in Paraguay increases from northwest to southeast: Gran Chaco is the driest region, while the wettest region is that of the rainforest around the Paraguay River. 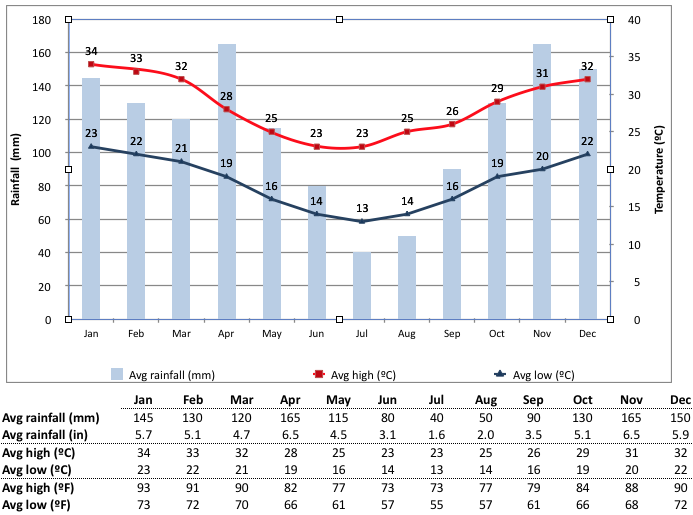 The best time to visit Paraguay is from late May to August, that is, during the southern hemisphere’s winter. This is the driest season in most of the country, and temperatures are usually mild or pleasantly warm.