Home » Weather in Salvador, Brazil – When to Go, Best Time to Visit

Salvador, the capital of the Brazilian state of Bahia, has a tropical climate but without a distinct dry season.

The city experiences warm or hot weather year-round, and rain for most of the year.

There is little seasonal variation, with both daily and annual temperatures remaining fairly constant.

Temperature and Rainfall in Salvador

Rain is constant throughout the year, with the heaviest rainfall occurring between April and June. September through January are usually the driest months in Salvador. 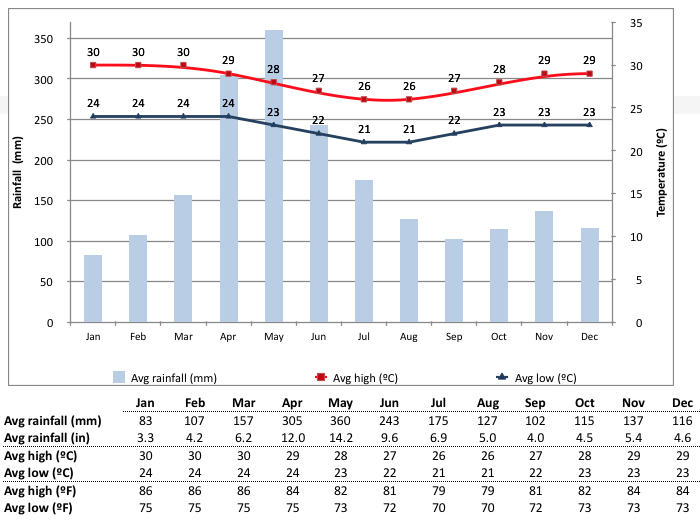 Salvador and the Bahia region can be visited at any time of year. However, if you don’t fancy rain and high humidity, avoid the period between April and June, which is the wettest.

The high season in Salvador also means crowds, especially around New Year’s Eve and Carnival. To visit Salvador during these periods, consider booking your hotel, package holidays and flights some time in advance to ensure the best deals.