Tenerife is the largest of the seven Canary Islands, most famous for its beaches and amusement parks. But there is much more that the island can offer.

In the centre of Tenerife, the dormant Mount Teide rises some 3,718m (12,198ft) above the sea (the highest peak in Spain), forming a dramatic backdrop to a day at the beach.

Teide National Park, dominated by its impressive mountain and volcano, was declared a UNESCO World Heritage site in 2007.

The park’s main attractions include its mountainous landscape and the cable car. While exploring, keep an eye out for endemic species, such as the Teide violet and the tajinaste rojo (echium wildpretii) with its red and blue flowers that can reach 3 metres tall. 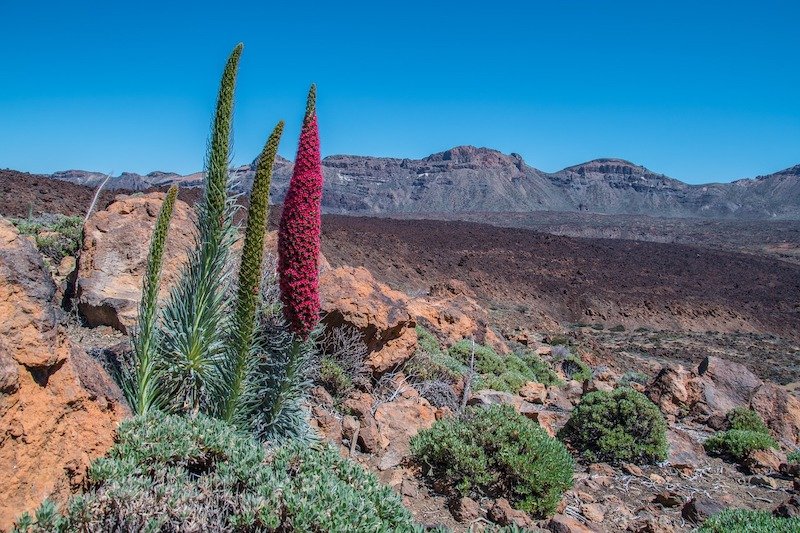 Tenerife has a subtropical climate, which means the temperatures are nice throughout the year, there is little rain and lots of sunshine.

Since the weather is generally favorable, Tenerife can even be visited in December and January to escape the winter cold of northern hemisphere.

However, at higher elevations in the interior, namely Mount Teide, the climate can be quite different, with more rainfall and abrupt changes in temperature. In winter, higher mountains are often covered in snow.

With that said, the best time to explore Mount Teide is between spring and autumn. In summer, especially in July and August, go early in the morning to beat the heat as well as the crowds of tourists climbing the cable car.

How to Get to Tenerife

The smaller Tenerife North Airport (Los Rodeos) is an inter-island hub connecting the seven Canary Islands and offering connections to the Iberian Peninsula.

How to Get to Teide Cable Car

Teide National Park is located in the centre of Tenerife island. There are four roads to get to the cable car, so it’s very easy to reach from anywhere in the coast.

Distances are short, which is a great advantage. Not only do you get to view Teide while you’re out relaxing on the beach, you can also drive along the roads and admire Tenerife’s diverse scenery.

Depending on where you’re staying, follow these directions to get to Teide cable car: 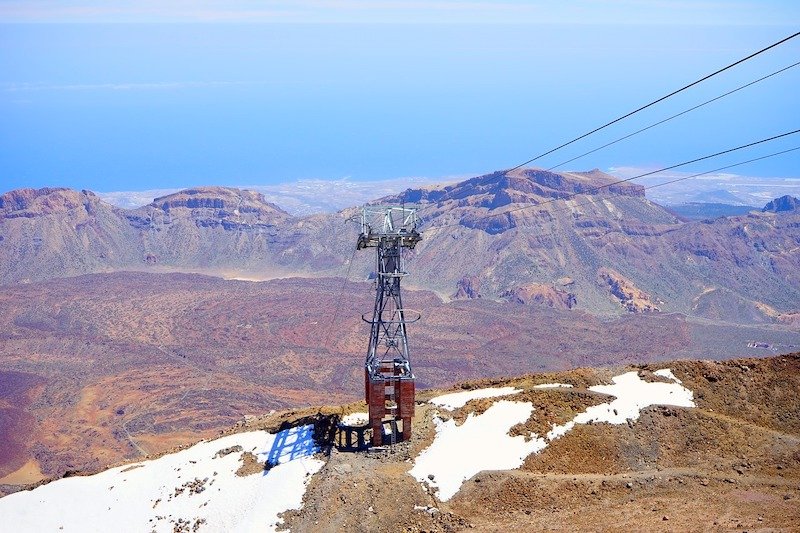 The Teide Cable Car (Teleférico) has two stations. The lower station at 2,356 metres (1,167 feet) is easily reachable by car and offers a large free parking area, a café and buffet restaurant, as well as a souvenir shop and toilets.

A seven-minute ride (around 40 people per cable car) takes takes you to the upper station at 3,555 metres (11,663 feet). The views of Tenerife are breathtaking.

The upper station has toilets, but no cafeteria. It’s the starting point of a number of walks around the station for seeing different sides of the island. To protect the area, the Spanish authority for national parks recommends limiting to an hour the time each visitor spends at the upper station. 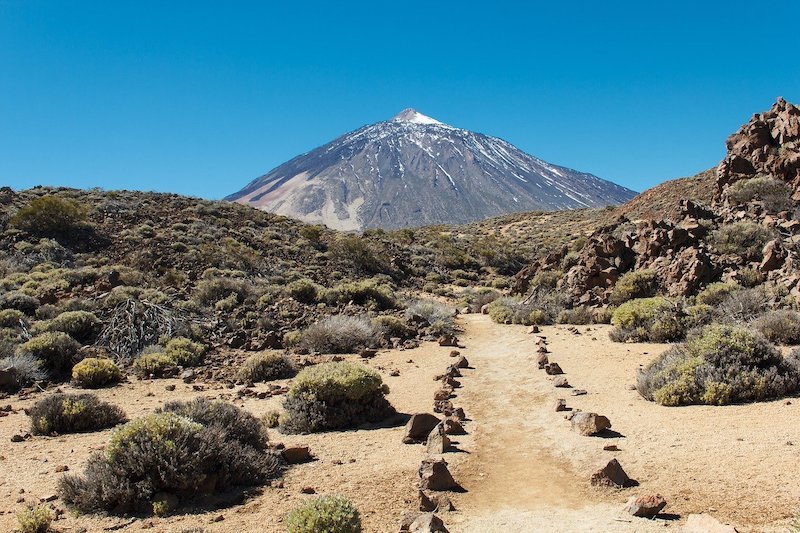 There are different ways to experience Mount Teide. After a ride to the cable car’s upper station, you can take one of three relatively short trails:

Experienced hikers might want to climb the Teide through the Montaña Blanca trail, which begins at km 40.2 of TF-21 road. This strenuous hike involves a steep incline of 1,350 metres, and it can take a whole morning (8.3km / about 5 hours).

For more trails, refer to the Gobierno de Canarias website.

How to Get to Teide Summit 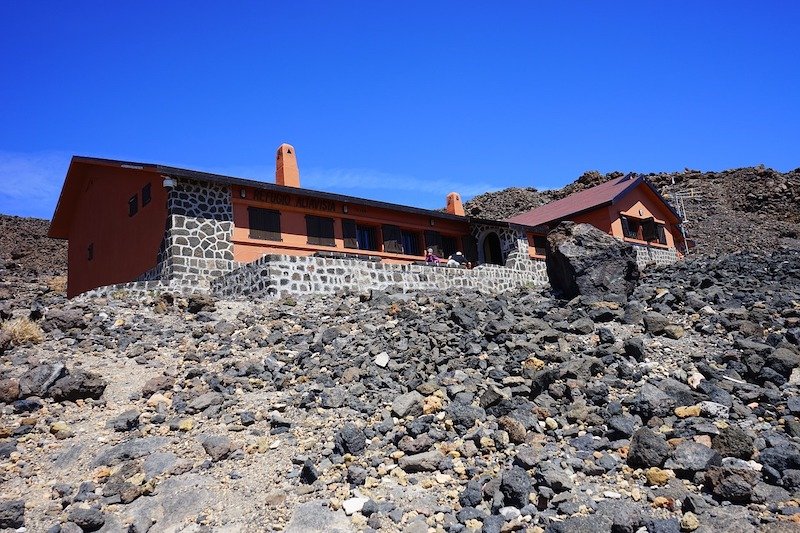 For environmental reasons, access to the top of the volcano is limited to 200 people per day. You will need a special license from the authority which runs Spain’s national parks: www.reservasparquesnacionales.es.

Those who spend the night at Refugio de Altavista del Teide (3,260m / 10,662ft) can visit the crater early in the morning, provided they finish off by 9am, without a special permit.

You can’t see all of Teide in a single day. Instead, two days will give time to do and see a lot.

The first day will be spent driving the park’s scenic roads, stopping at viewpoints, getting to know some towns, and doing a couple of short hikes. The second day will start climbing the cable car and hiking trails 10, 11 and 12.

If you want to stay overnight in Mount Teide National Park, you might want to check Parador Cañadas del Teide which has a great location for exploring the area, offering views of the volcano.