Home » Terceira Island, Azores: What to Do and See

Terceira Island, part of the Azores central group, is literally the “Third” island. It was so named because the Portuguese explorers discovered it after Santa Maria and São Miguel islands.

Best known for its UNESCO-listed capital Angra do Heroísmo, Terceira is also a holiday destination for those who love experiences in contact with nature.

Car hire is essential to enjoy all the island has to offer. But if a visitor does not want or simply cannot use a car, getting around the island without a car is possible. There are taxis that will take visitors to tours, and buses that run around the island.

A tour of the island can take one single day, if you spend little time at each attraction, or it can take two or three days if you explore the island at a leisurely pace. Use the map below to locate the best Terceira attractions. 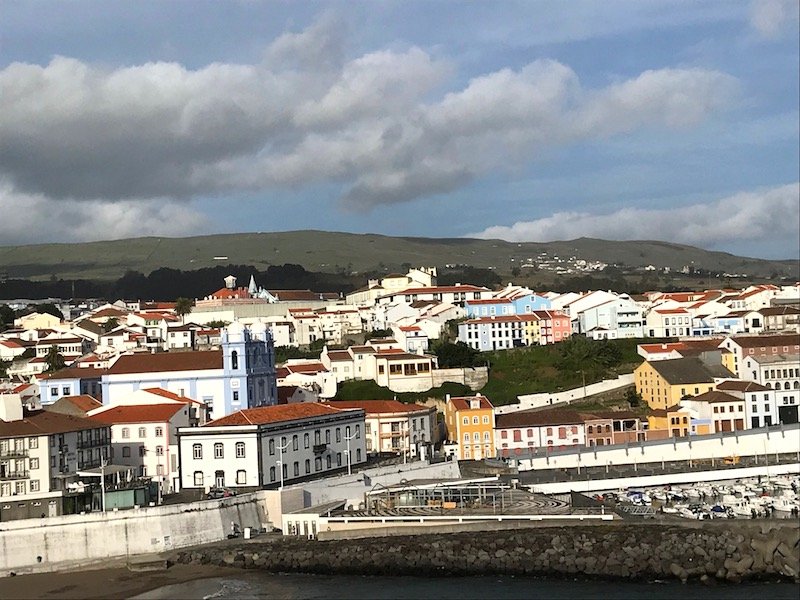 Angra do Heroísmo is where most tourists choose to base themselves, because it’s a good place to start off exploring the island. Visit the Cathedral, Capitães Generais Palace, Duque da Terceira Garden with its Alto da Memória viewpoint. Take a break from sightseeing with a quick stop at O Forno (Rua São João 67). This little pastry shop is known for its treats. Make sure you sample the local specialty – Dona Amélia tartlet.

Once you’re done, head to the edge of Angra, you’ll find a peninsula known as Monte Brasil overlooking the bay. It is an easy drive to the summit and viewpoint of this extinct volcano. But if you enjoy hiking, there are walking trails as well, including some steep climbs. Either way, the city views from the top are worth it, and the crater views are inspiring, especially on clear days. 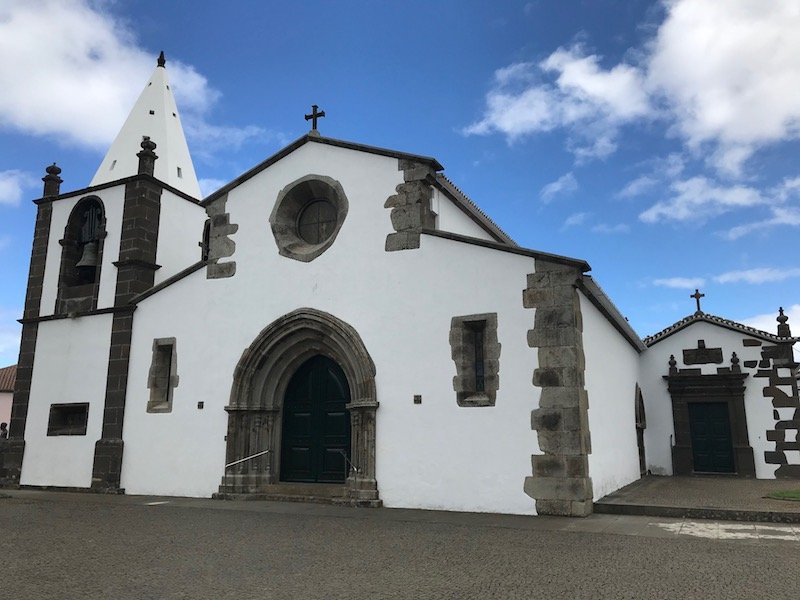 Take the EN1 road, and drive about 25 minutes east towards Terceira’s southeasternmost tip, known as Ponta das Contendas, where you can enjoy the views and the lighthouse.

Then, continue a few minutes on EN1 until you reach São Sebastião, a small village featuring one of Terceira’s most important churches. Originally built by the first Portuguese explorers in the 15th century, it retains the portal and the two side gates from that period. The chapels of Manueline style were added later. Inside, the remains of several medieval frescoes adorn the walls.

If you feel it’s time to lunch, try one of the family-owned restaurants that serve amazing traditional Alcatra beef with boiled potatoes. For dessert, there is usually a Dona Amélia accompanied with honey liqueur. With an authentic atmosphere, these are two of the best restaurants in São Sebastião: 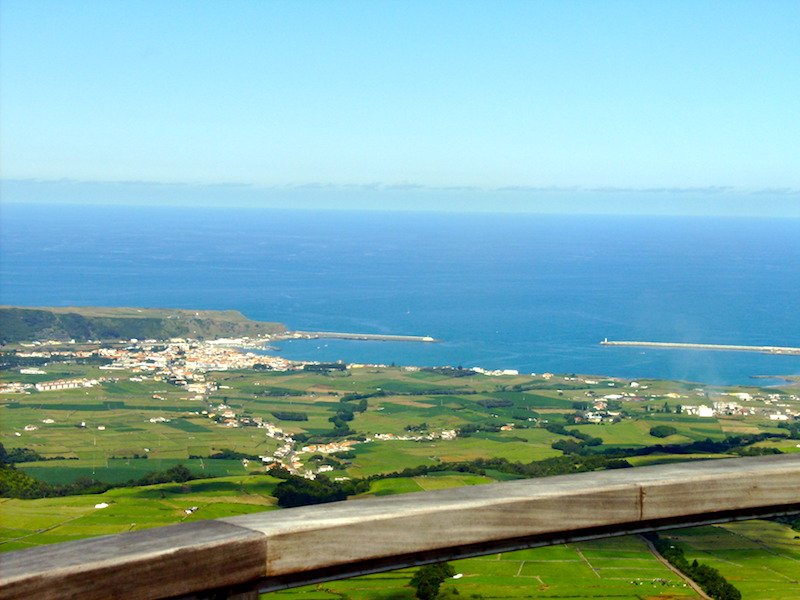 Serra do Cume Viewpoint – Praia da Vitória and its bay

Make a detour on EN3 direction Serra do Cume to visit its viewpoint. Along the road, recent wind turbines dot the landscape, yet they don’t seem to bother the friendly cows. The viewing platforms at the top offer one of Terceira’s most amazing views, with Praia da Vitória’s bay on one side, and the Azorean fields that resemble a “manta de retalhos” (patchwork blanket) on the other. 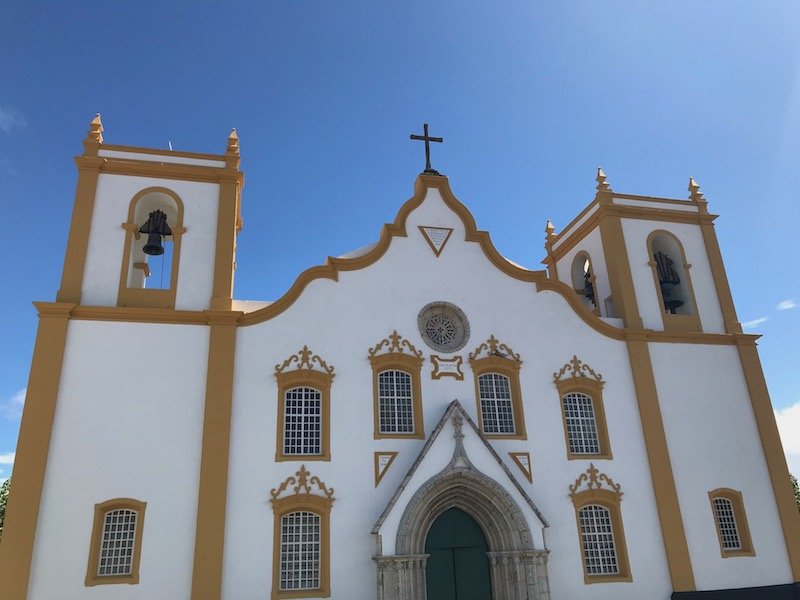 Go back to EN1 and continue north towards Praia da Vitória. You can make a detour to visit the 16th century Fort of Santa Catarina. This building is the first defensive line of Praia’s bay, which explains its historic importance in the defense of Terceira Island.

Then, drive about 10 minutes to Praia da Vitória, the town close to the airport, and one of the island’s main commercial ports since the first Portuguese explorers arrived. Praia da Vitória was almost completely destroyed by two earthquakes in what became known as the “Fall of Praia”. The first fall occurred in 1614 and the second one in 1841. Tradition has it that a third one is yet to come.

In spite of the destruction, Praia continued to be one of Terceira’s main entrance gate, having been modernized during the 20th century with Lajes military airport and a port able to receive large ships.

Praia da Vitória has a sandy beach alongside the marina with waters that become warmer in late summer (around 24ºC / 75ºF). The town itself has a few interesting sights: the main square, the 15th-century Mother Church, the Church of Senhor Santo Cristo da Misericórdia (16th century), and the birth home of the Azorean writer Vitorino Nemésio. 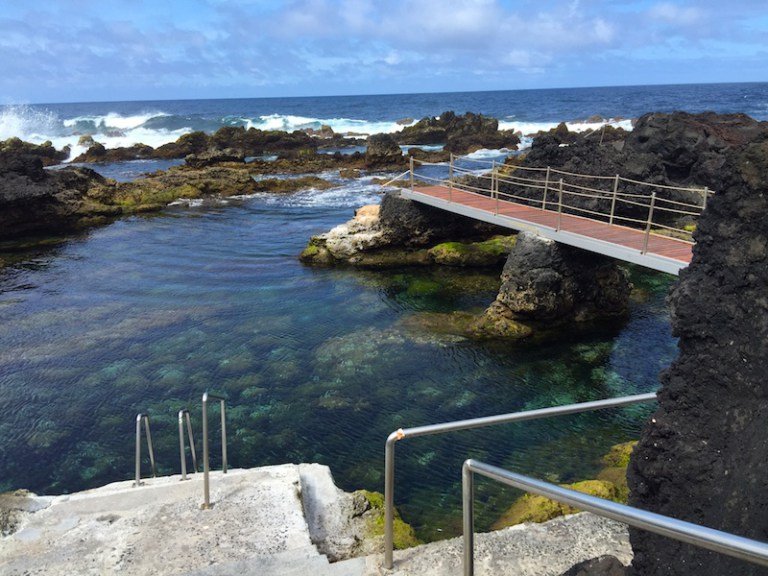 Follow EN1 for 35 minutes along the north coast until you reach Biscoitos. This is a lovely Azorean village surrounded by grapevines where a special kind of “verdelho” wine is produced. The grapevines are planted in tiny lava rock enclosures that protect them from the salty breezes.

To the east of Biscoitos, there are natural pools which are geological formations resulting from volcanic eruptions, and now used for swimming. Walk along the paths near the lava rocks, take a swim and enjoy the views. During summer, expect to share the pools with several others. At other times of year, you’ll have them largely to yourself.

Get back on EN1 towards Agualva / Angra, and drive about 20 minutes until you reach Pico Alto, one of Terceira’s most recent volcanoes. The fumaroles are not as impressive as those of Furnas in São Miguel. Still, they are worth the short time it takes to visit. 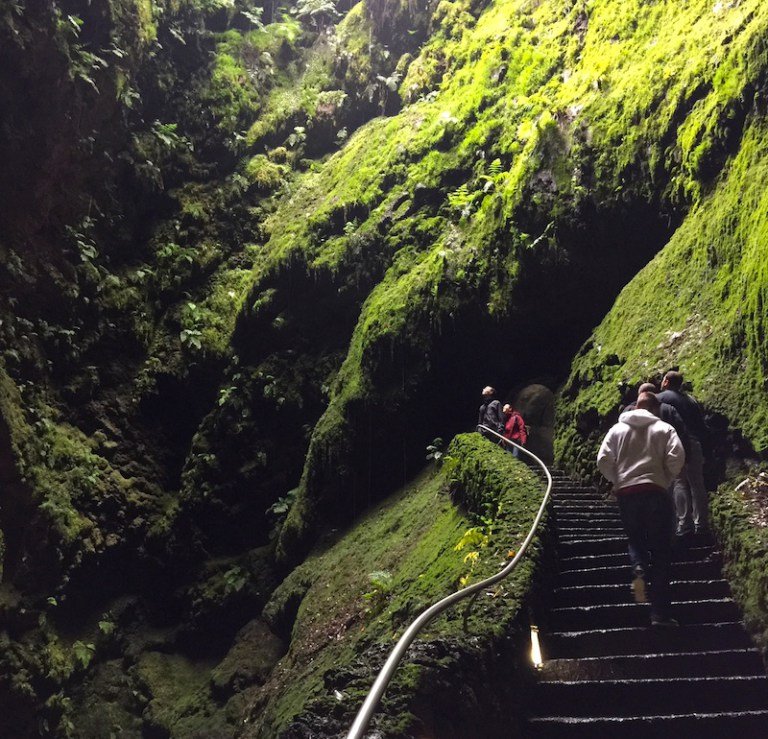 Algar do Carvão – Inside the volcano

A few metres from the furnas, Algar do Carvão is perhaps the most impressive visit on Terceira. Being inside a volcano, a 100-metre deep cave with a pool of crystal-clear water, is an amazing experience. Admire the silica stalactites and stalagmites on the cave’s ceiling and walls, which are unique in the context of the volcanic caves in the Azores.

There are different opening hours depending on the time of year: October to March 2.30pm – 5pm on Tuesdays, Wednesdays, Fridays, and Saturdays; April and May 2.30pm – 5pm daily; June to September 2pm – 6pm daily. Check out www.montanheiros.com for updated information.

Most people don’t go to the Azores specifically for a gastronomic experience, but they may actually end up having one.

The alcatra beef, the octopus stew, the cavaco (a kind of lobster) and the cozido are some of the main specialties. For dessert, sample Dona Amélias, cornucópias and covilhetes de leite, all delicious kinds of tartlets.