Home » Things to Do on a Layover in Frankfurt, Germany

A layover in Frankfurt doesn’t necessarily mean endless hours of waiting at the airport. In fact, depending on how much time you have between flights, it can mean spending a few hours exploring the city.

The airport is just 15 minutes from downtown, and trains run every 15 minutes. So, you have plenty of time to get out and experience Frankfurt.

Use this itinerary to plan your visit and make the most of your limited time before getting on the plane.

The key thing to decide is how much time you’ll need. It takes a while to get off the plane, go through customs, check luggage for the next plane, etc. Frankfurt Airport has two relatively large terminals, so make sure you have enough time to move around.

For carry-on luggage, you can use the luggage storage service at Frankfurt Airport (Terminal 1, Area B and Terminal 2, Area D), which costs from €5.

Take S8 or S9 direction Offenbach/Hanau from the regional train station located below Terminal 1. A day ticket for €10.50 is all you need. In alternative, a group day ticket (Gruppentageskarte) for €22 covers up to five people travelling together. Find the ticket machines on your way to the station.

What to See: An Itinerary for a Few Hours in Frankfurt

Take the train from Frankfurt Airport and get off at Taunusanlage, a park on the edge of the financial district, known with its skyscrapers. 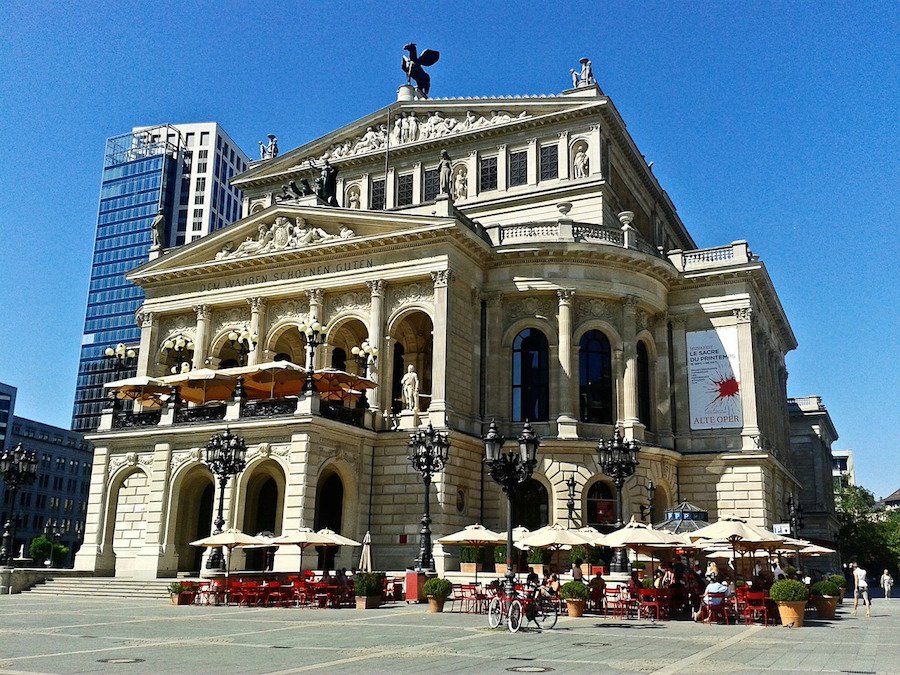 If the skies are clear, you may consider climbing to the viewing platform of the Main Tower for the best views of Frankfurt. Then, go through the park to the Alte Oper, the impressive old opera house, destroyed by bombs during World War II and rebuilt in the 1970s.

From there, walk down the pedestrian zone towards Hauptwache, a large square in the heart of the city. 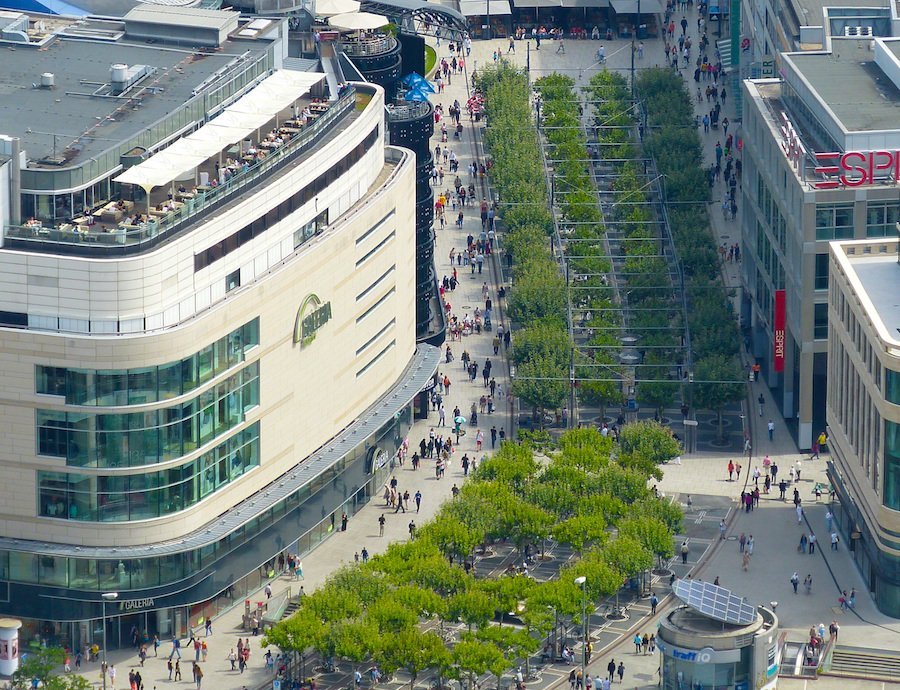 View of the Zeil

Hauptwache is also the beginning of the Zeil, the busiest and longest shopping street in Frankfurt, stretching for about 1 kilometre between Hauptwache and Konstablerwache.

If you want a sample of the local cuisine, try Ebert’s Suppenstube (Große Bockenheimer Str. 31) whose specialties are German-style soups, sausages (würste) and various meat sandwiches. Another option is Kleinmarkthalle (Hasengasse 5-7), a market hall where you can also grab some lunch.

Continue down to Römer square, which has the Fountain of Justice (Gerechtigkeitsbrunnen) in the centre and, opposite the historic city hall, the reconstructed buildings after World War II. Walk up a narrow street to reach an area with a feel of the “old Frankfurt”.

Check out the Frankfurt Cathedral (Kaiserdom Sankt Bartholomäus) located at Domplatz 1, and climb to its tower for views.

Then, walk to the Main River and across Eiserner Steg (iron bridge) for a nice city view. On your way there, you might want to stop at ConditCouture (Fahrtor 1), and sample an apple pie or some other Frankfurt pastries/cakes.

Do give a little extra time for getting back to Frankfurt Airport as S-Bahn train delays sometimes occur.