Munich is the capital of the Bavarian region, and Germany’s third largest city, after Berlin and Hamburg.

The city is located in the southeast of Germany, on the banks of the river Isar, not far from the Bavarian Alps. You can get to Munich easily from any European city.

Rebuilt after World War II, Munich was able to retain its historic and cultural importance, which makes it unique in the context of German cities.

One of the most interesting areas is the Altstadt (Old Town), especially around Marienplatz, dominated by the Neues Rathaus (New Town Hall) on its north side, and the reconstructed Altes Rathaus (Old Town Hall) on its east side. The Column of Mary, or Mariensäule is right in the centre (sometimes overshadowed by the crowds). And the Frauenkirche is three minutes away.

Munich is also known for the Oktoberfest, which takes place since 1810 from late September through early October. This festival brings together 6 million visitors each year eager to sample the best beer and the famous sausages. 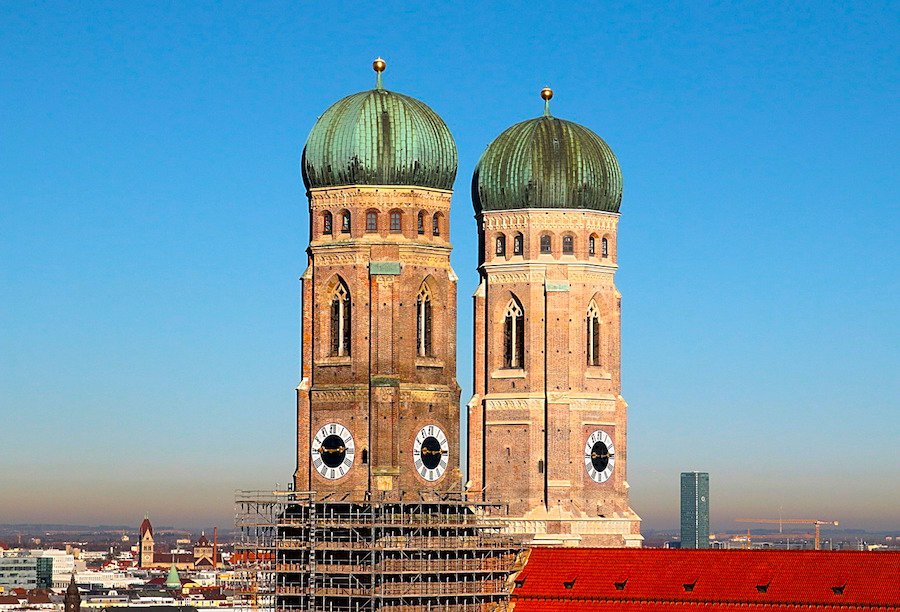 The Frauenkirche (Cathedral Church of Our Lady) is an enduring symbol of Munich, and its largest church, commissioned to the architect Jörg von Halsbach in the second half of the 15th century. At 100 metres high, the two towers of Gothic style dominate Munich’s cityscape, and can been seen from any point of the city. The south tower is usually open to those who want to climb the stairs and enjoy the views.

Although the cathedral was badly damaged by air strikes during World War II, the building was later rebuilt and renovated. Its interior boasts a rich collection of artwork by notable artists such as Erasmus Grasser, Jan Polack, Hans Leinberger, and Hans Krumpper. 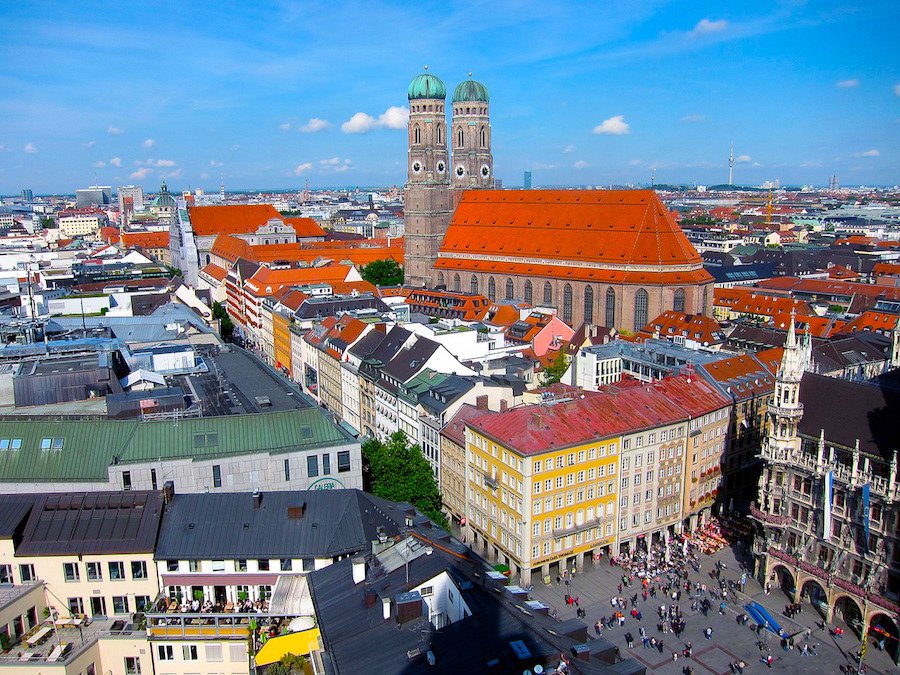 Marienplatz is the central square in the heart of Munich, part of a pedestrian zone. The square is home to the Neues Rathaus (New Town Hall) from the 19th century, built to replace the Altes Rathaus (Old Town Hall) dating from the 15th century. It is centered by the Mariensäule (Column of the Virgin Mary) after which the square was named. To the east, the Fischbrunnen (Fish Fountain) has been here since the 14th century, even though this version dates from after WWII. Marienplatz is also a great place for shopping with several international brands, boutiques, cafés and restaurants. 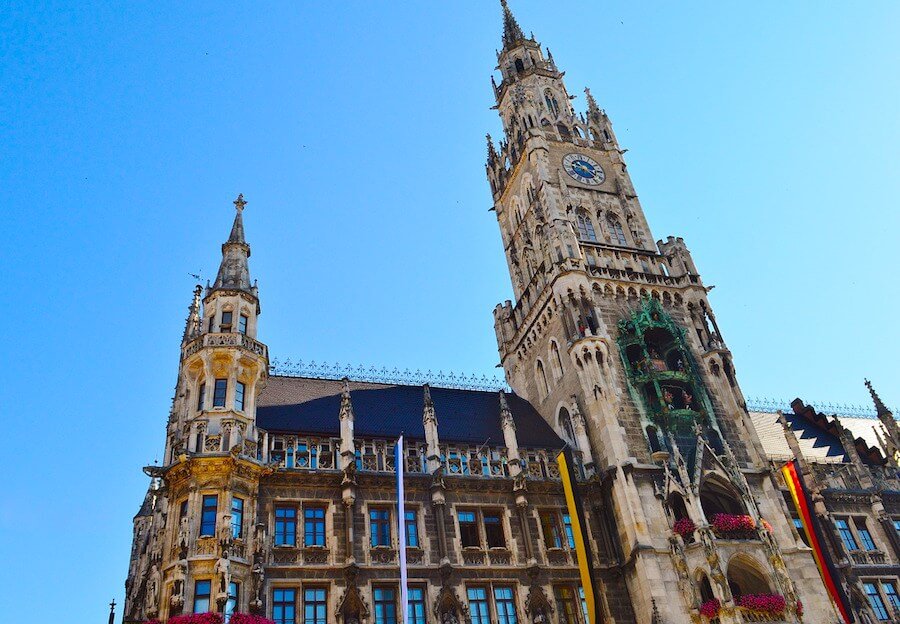 The Neues Rathaus (New Town Hall) is another of Munich’s iconic attractions. Built between 1867 and 1908 in neo-Gothic style, the building boasts a 100-metre-long façade, richly decorated with ornamental figures. Glockenspiel is the popular mechanical clock whose figurines reenact stories of Munich’s history daily at 11am, noon, and also at 5pm from March through October. 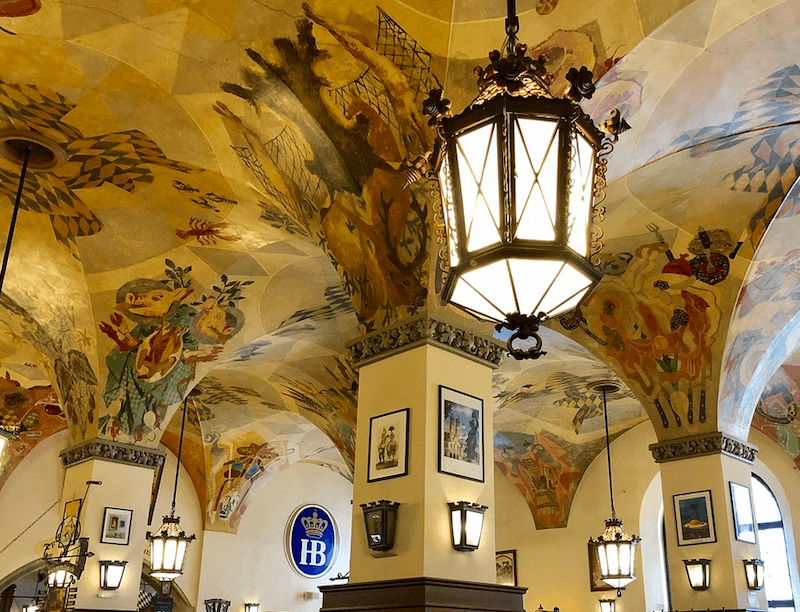 Hofbräuhaus is one of the most genuine places in Munich, even though it’s touristy. Located near Marienplatz (Platzl 9), the tavern was founded in 1589 by Duke William V. Order the world-renowned Hofbräu beer and some homemade Bavarian dishes (roasted pork and potatoes, or the sausages from the Hofbräuhaus butchery) and enjoy in a traditional Bavarian atmosphere. Hofbräuhaus is open daily from 9am to midnight. 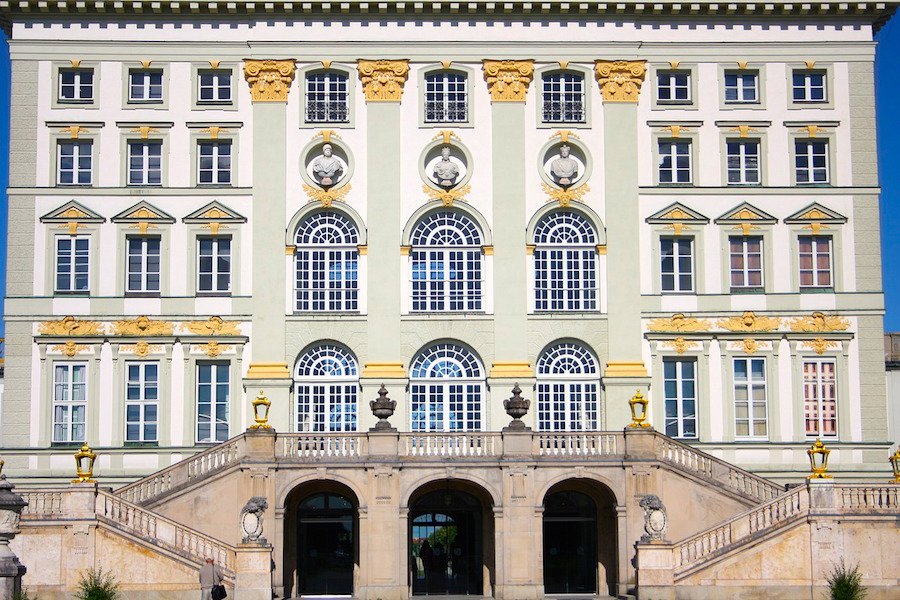 Nymphenburg (Schloss Nymphenburg) is a Baroque palace dating from the 17th century which served as summer residence for the Bavarian Prince-electors. The palace, together with its park, is one of the most visited Munich attractions. A tour to the palace starts in the impressive Great Hall (Steinerner Saal) with the frescos produced by Zimmermann with the participation of Cuvilliés in the late Rococo style. 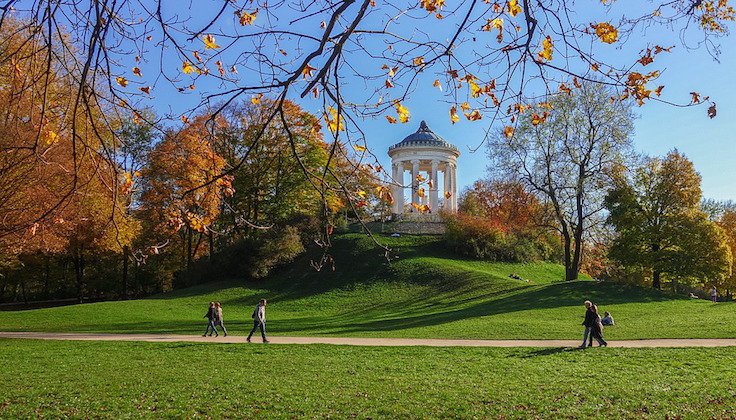 The Englischer Garten (English Garden) is Germany’s largest urban park. Designed by the Anglo-American Benjamin Thompson in the late 18th century, this public park offers a 78-kilometre-long (48.5 miles) network of paths, ideal for walkers, joggers, and cyclists. The park also has several leisure areas, restaurants and the popular biergartens, where you can taste the traditional German beer. Two of the best beer gardens in the English Garden are the one by the Chinese Tower, and on Kleinhesseloher Lake.

Nationaltheater München is the historic opera house, home to the Bavarian State Opera, Orchestra and Ballet. There are guided tours that you can take to learn about the over 350 years of history, and visit the halls and the stage area. The tours last about an hour. 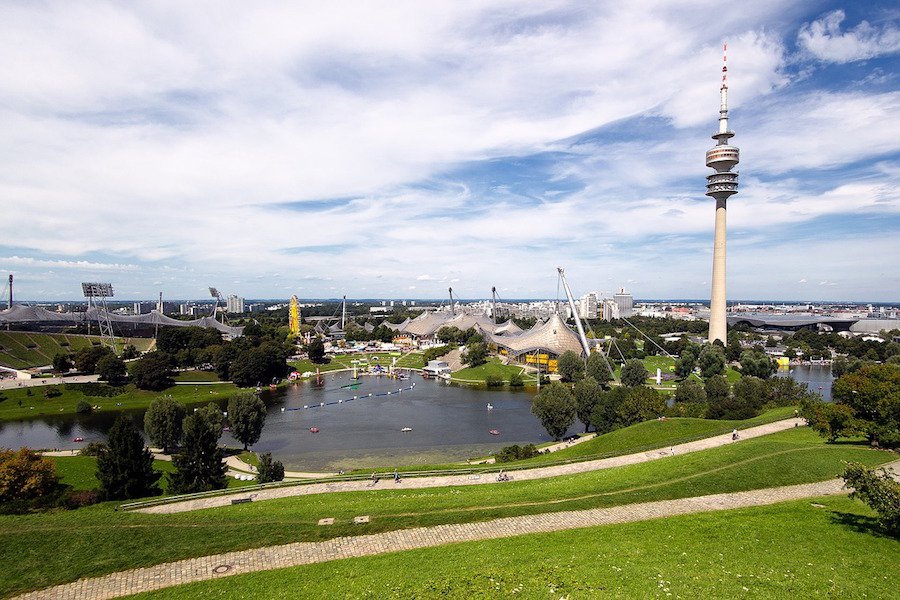 The Olympic Park was home to the 1972 Olympic Games. Located in the Oberwiesenfeld neighbourhood, it is currently one of the city’s main leisure parks and hosts several cultural, social, and religious events. It is only a short journey by U-Bahn (underground) from Marienplatz station.

You can easily spend a couple of hours, or even a whole day, strolling and climbing the Olympic Tower for an unparalleled view from its observation platform at 190 metres high (623 feet). You’ll see the Alps in nice weather. The revolving Restaurant 181 offers a 360-degree-view, completing a turn in 53 minutes. 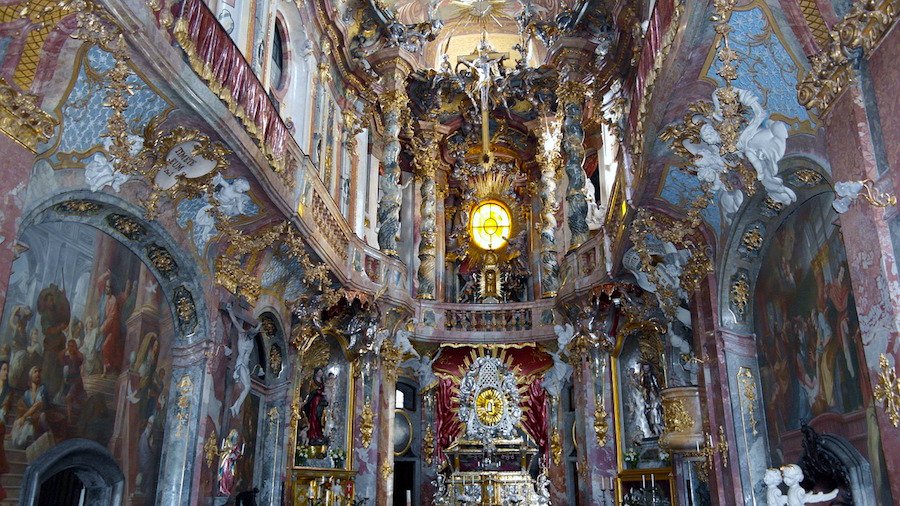 Asam Church (Asamkirche), or St. Johann Nepomuk, is a Baroque church, built between 1733 and 1746 by two brothers, the sculptor Egid Quirin Asam and the painter Cosmas Damian Asam, as their private chapel.

The Asamkirche rich interior is divided into three levels. The lowermost level, reserved to worshippers, is relatively dark, symbolizing the suffering of the world. The two levels closer to heaven are progressively brighter, with a hierarchy standing out. The middle level, in white and blue, is reserved for the emperor, while the uppermost level is dedicated to God and eternity. 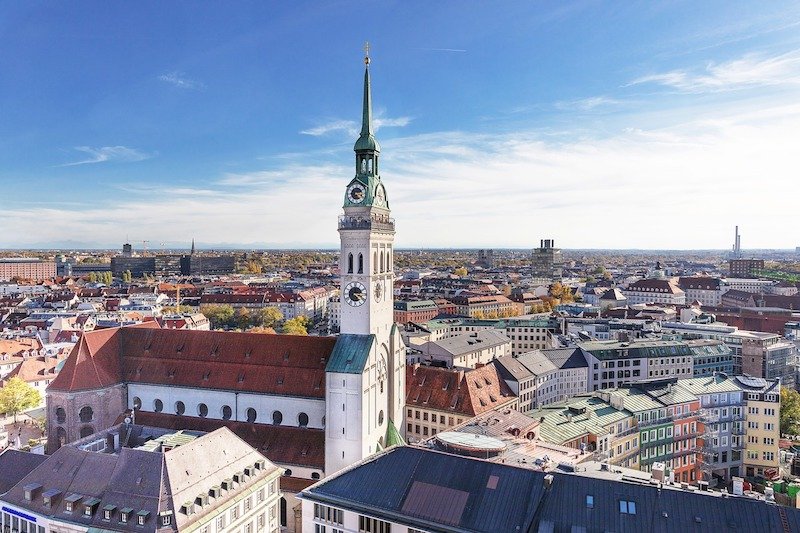 Alter Peter (Old Peter) offers of the best views of Munich’s rooftops. It is the tower of one of the oldest churches in the city, Church of St Peter (Peterskirche), located just behind Marienplatz. The church interior has a beautiful gilded high altar, paintings by Jan Polack and large ceiling frescoes by Johann Baptist Zimmermann, all dating from the 18th century.

If you dare, climb the 299 steps for a great view from the 91-metre-high (299 feet) viewing platform. You’ll see the Alps in nice weather. The ticket for the observation deck costs €3.