Berlin is a vibrant and fascinating city of art galleries, museums, architecture, bars, clubs and restaurants.

With so many attractions and activities, in a single visit you probably can’t cover them all. From the Brandenburg Gate to Potsdamer Platz to the Berlin Wall, here are ten attractions to fill your days in a first time visit to the city. 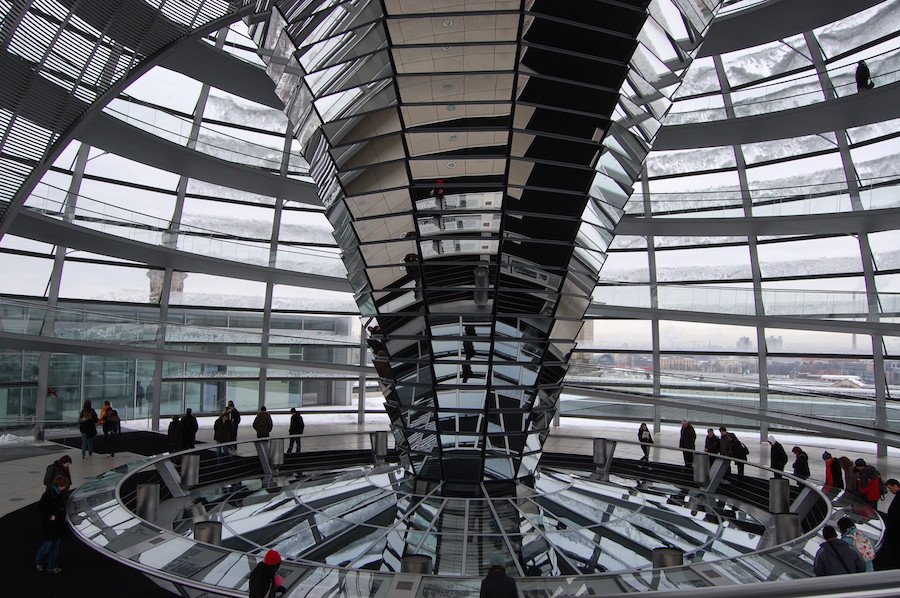 Inside the dome of the Reichstag

The Reichstag is the seat of the German parliament, and one of Berlin’s main attractions. Following a fire in 1933, and several decades of neglect, the couple of artists Christo and Jeanne-Claude wrapped the Reichstag in fabric in 1995 to highlight the imposing structure. This happened just before Norman Foster’s project in 1999 that rebuilt the glass dome with reference to the original one of 1894.

Admission to the dome is free, but advanced booking is required on the Reichstag website. There are guided visits to the building outside the Parliament’s opening hours lasting 90 minutes, and also require advanced booking. The dome closes every year for cleaning and maintenance during a few days in April, July and October. Check the website for the exact dates. 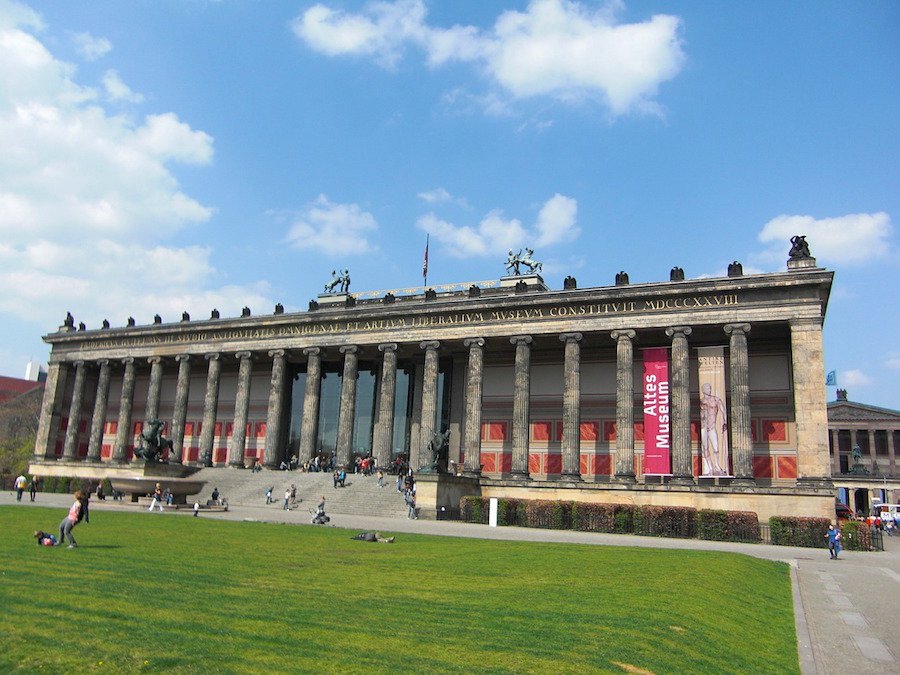 One of UNESCO’s world heritage sites, the Museum Island comprises five adjacent but autonomous museums. Add at least half a day for a proper visit.

The Pergamon Museum includes the wonders of the Ancient World in three wings – the Antiquity Collection, the Islamic Art Museum, and the Ancient Near East Museum. The Neues Museum (New Museum) specializes in Egyptian art, while the Bode Museum boasts an impressive collection of sculptures. The Altes Museum has the world’s largest and most important collection of classical antiquity, and the Alte Nationalgalerie (Old National Gallery) boasts a collection of 19th century European paintings and sculptures. You can buy a ticket for each individual museum, or a combined ticket to all exhibitions. 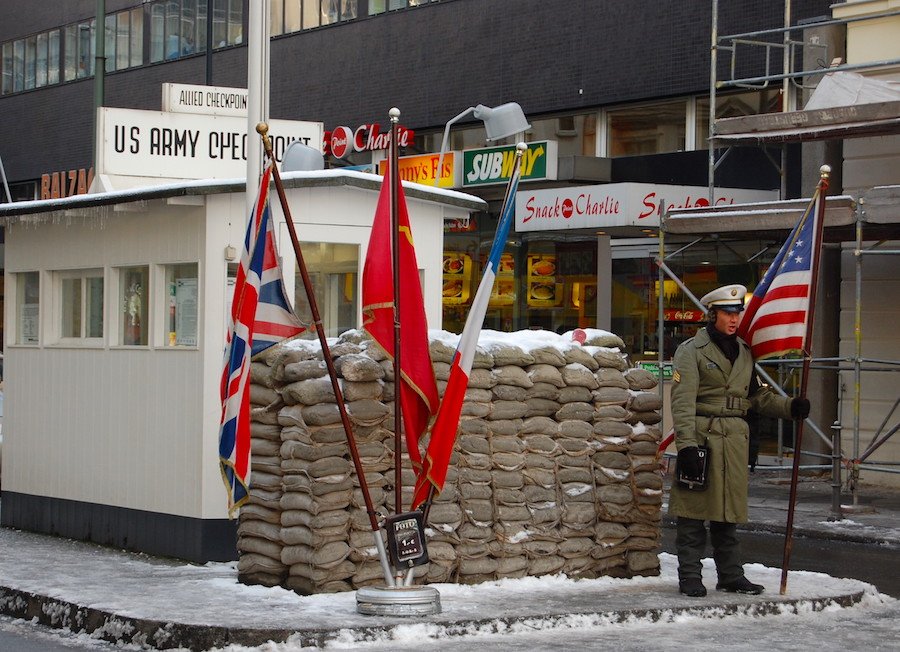 A reminder of the former border crossing during the the Cold War and the division of Berlin, Checkpoint Charlie witnessed the confrontation of American and Soviet tanks in 1961, an episode that could have been the beginning of a third world war.

Besides visiting the barrier and checkpoint booth, you can learn the stories of those who fled from East Germany at the Checkpoint Charlie Museum. Admission costs €14.50.

Berlin’s Jewish Museum is one of the most visited not only for its historic importance but also for its architectural value. The zigzag-shaped zinc building was designed by Daniel Libeskind to recount two thousand years of German-Jewish history (from the Romans to our days) in 14 rooms and areas .

A ticket is €8, but the Glass Courtyard and garden are free to visit. Stop at Café Schmus, open to both museum visitors and guests, for some nice food. 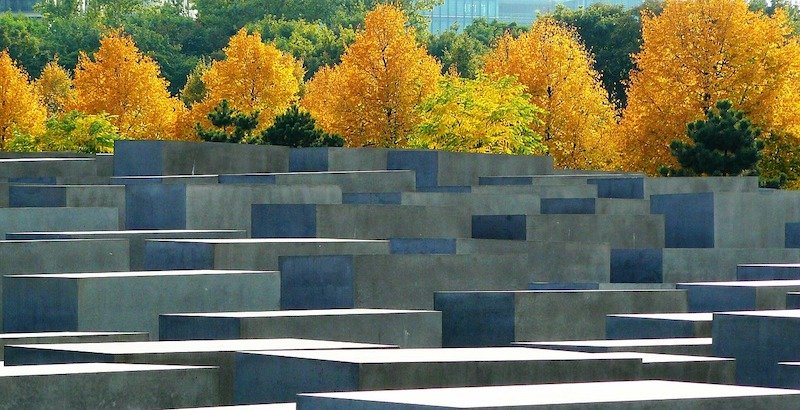 The Memorial to the Jews Murdered in Europe is a controversial work by the American architect Peter Eisenman. It consists of 2,711 concrete blocks of different heights, placed in rows and forming a wave-like area of 19 thousand square metres in the heart of Berlin, close to the Brandenburg Gate. The underground information centre, also designed by Eisenman, documents the victims of the Holocaust. Admission is free. 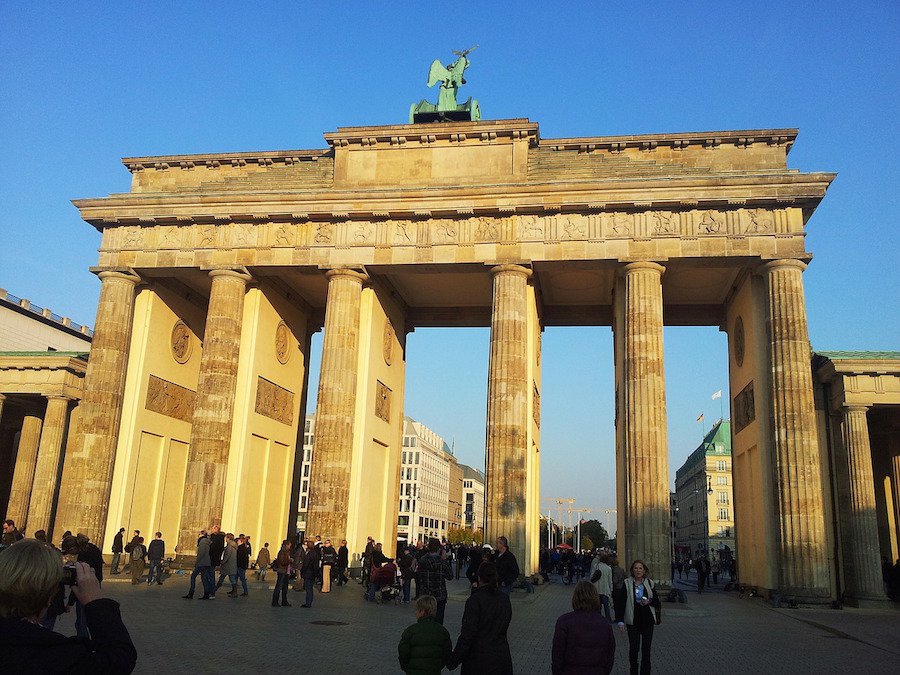 The Brandenburg Gate is probably Berlin’s best known attraction. Since it was built by the King of Prussia in 1791, it has been a symbol of victory, peace, division and reunification of Berlin and Germany. The area around the Brandenburg Gate is pedestrianized now, and the best way to admire this landmark is walking from Unter den Linden (a kind of Berlin-style Champs-Elysees). 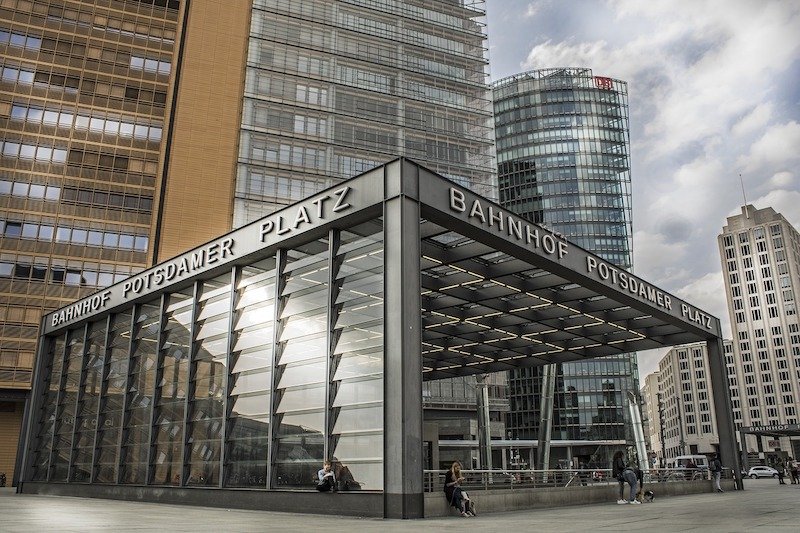 Potsdamer Platz is an important square in central Berlin, about one kilometre from the Brandenburg Gate. Completely destroyed during World War II and ignored during the Cold War, Potsdamer Platz become once again the bustling heart of the city after the fall of the wall in 1989. It is now a symbol of modern Berlin with several buildings of bold architecture and a large shopping area. 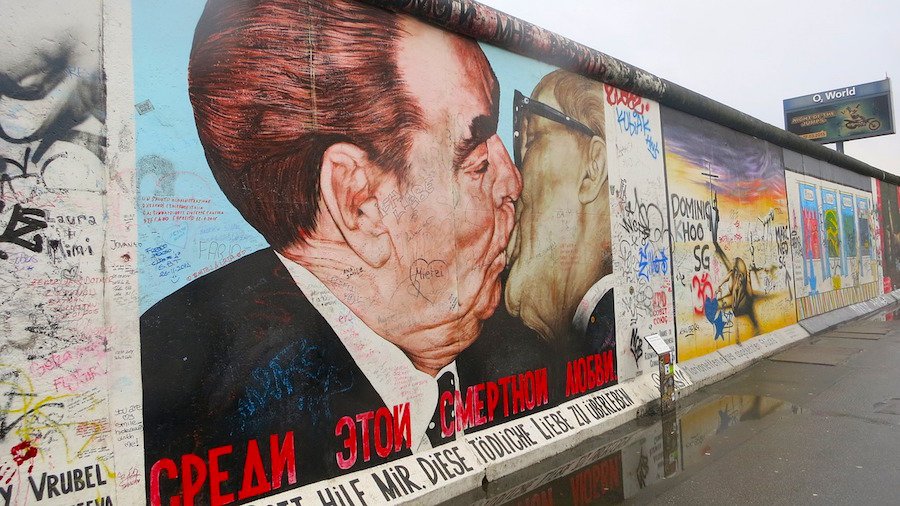 Almost 30 years after the fall of the wall, this landmark that divided East and West Berlin continues to be a source of amazement. One of the best places to see a surviving section of the wall is Mühlenstraße, along the River Spree, between Ostbahnhof and the Oberbaumbrücke bridge.

Known as East Side Gallery, this is the world’s longest open-air art gallery and is always free to visit. It consists of a 1.3-kilometre continuous section of the wall with 118 paintings by more than a hundred artists from 21 countries depicting their vision of the political change of 1989/90.

Located in Alexanderplatz, one of Berlin’s busiest squares, the 368-metre-high Television Tower, locally known as Fernsehturm, is Germany’s tallest building and the highest in Europe open to the public. Inaugurated in 1969, it was a symbol of East Germany. It is now a symbol of Berlin.

From the viewing platform at 203 metres, you can see any point of the city on clear days. The Sphere revolving restaurant at 207 metres is worth a stop too, even if only for a coffee while the platform rotates and reveals the city in various directions. A full rotation takes from 30 minutes to an hour.

The standard ticket costs €15.50 and can be bought at the ticket desk or the ticket machines inside the tower. We recommend the Fast Track ticket (online price is €19.50 now, but €21.50 in 2019) that lets you choose the day and time of your visit, and skip the queues. For the same price, the VIP ticket gets you a fast track entry and a table in the Sphere Restaurant’s inner circle.

If you have kids (or just like to act like them), Berlin’s Zoo is a must-see destination. Located in Tiergarten, it opened in 1844, which makes it the oldest zoo in Germany. Its Zoo-Aquarium is the largest public aquarium in the world.