With more than 300 days of sunshine each year, Fortaleza is one of the main tourist destinations in Northeast Brazil, after Recife and Salvador.

Ceará’s state capital is known for its stunning beaches, spectacular landscapes, and rich multicultural cuisine. Watch the sunset on Iracema beach, dive in the waters of Porto das Dunas, and enjoy the famous crabs and coconut water on Praia do Futuro. Read on to discover Fortaleza’s best attractions. 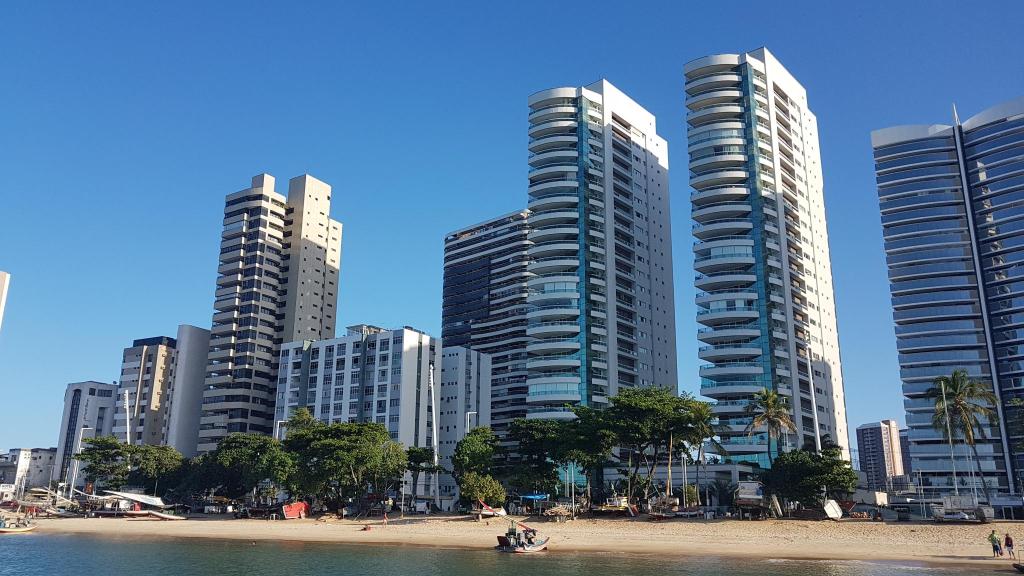 Most hotels in Fortaleza are located on Avenida Beira-Mar, a 3km / 2mi avenue that crosses the neighborhoods of Iracema, Meireles and Mucuripe. Enjoy strolling along the seaside boardwalk, and visit the large flea market set up every night with various stalls that sell local produce, such as lace known as renda de labirinto, clothing, and food. The market opens every day at 6pm.

Fortaleza’s Mercado Central has four floors and more than 600 stalls selling literally everything, especially clothing. There are also local crafts and souvenirs, including beautiful linens. If you are fond of cashews, you’ll find them here too in every imaginable form.

The Dragon, as this large culture centre is also known, offers modern art exhibitions, restaurants, and an outside bar space. Located in the Iracema area, it includes a planetarium, the Contemporary Art Museum, the Museum of Ceará, a library, and a cinema. The place gets lively at night with artists performing. Be aware that the surrounding neighbourhood is not touristy; avoid walking alone at night.

The historic José de Alencar Theatre, founded in 1910, is one of Fortaleza’s landmarks. Visit this century-old theatre and admire the Art Nouveau façade, the wrought iron structure, the colourful stained glass windows, and the gardens designed by the Brazilian landscape architect Roberto Burle Marx. Guided tours cost R$ 6, and last approximately one hour.

Iracema with its urban beach is one of the liveliest areas of the city with several bars, restaurants and nightclubs. It’s also home to one of Fortaleza’s biggest New Year’s Eve parties.

Ponte dos Ingleses (English Bridge), also known as Metal Bridge, is located on Praia de Iracema, a beautiful coastal strectch in Fortaleza. The seaboard pier is one of the best places to watch the sunset. The structure was built in 1921 to serve the port of Fortaleza. However, due to financial problems, it has never been fully completed and used as such. In the mid-1990s, the bridge was converted into a leisure area open to the public.

Praia de Meireles is another urban beach paralleled by Avenida Beira-Mar. Actually, it’s part of the the stretch from the Metal Bridge pier to the fish market, being a nice place for evening strolls. Food and drink shacks line the beachfront. 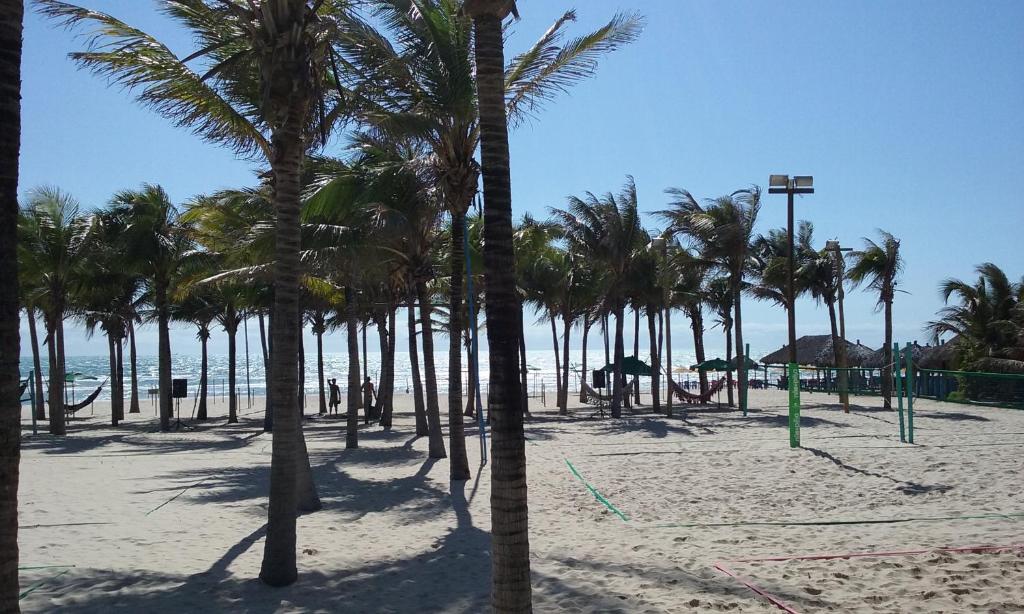 Located about 10km / 6mi from the city centre, Praia do Futuro is a long, wild beach very different from Fortaleza’s city beaches (and also safer), but equally lined with several beach bars and restaurants. This is the ideal place to taste the famous crabs with sauce and farofa, accompanied with beer or coconut water, and a view of the sea. Chico do Caranguejo is one of the best to try crab, especially on Thursdays when Crab Day is celebrated.

Located in the municipality of Aquiraz, about 25km / 16mi from central Fortaleza, Porto das Dunas has a beautiful endless sandy beach. The Beach Park, one of the largest water parks in Latin America, is located in the proximity. 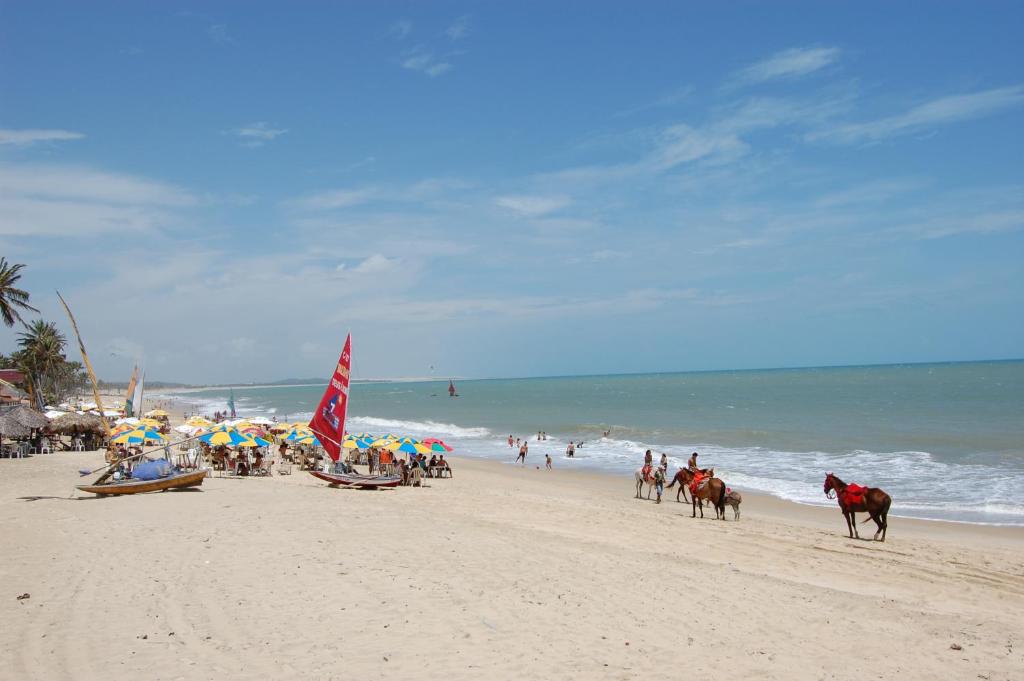 Located on the opposite side of Praia de Porto das Dunas, about 30km / 19mi northwest of Fortaleza, Praia de Cumbuco is another popular beach. Besides offering an extensive sand stretch with palm and coconut trees, Cumbuco is also a popular kitesurfing hotspot.