Mountains, fjords, glaciers and waterfalls are some of Norway’s best natural attractions. But the country also boasts ancient history and a rich cultural past with plenty of quaint towns to discover.

Norway is a country to be explored in any season – in winter to witness the northern lights and in summer to enjoy the midnight sun.

Discover things to do and places to see in Norway, a country of mountainscapes and fjords that claims to be one of the happiest places on earth. 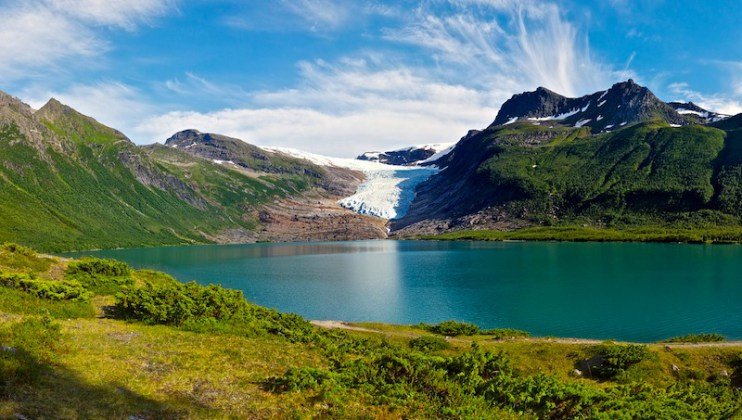 The fjords of Norway are everywhere. But the western fjords between Stavanger and Molde are the biggest and most impressive ones, forming long, narrow inlets flanked by deep mountains and steep cliffs. Geirangerfjord and Nærøyfjord are two of the most popular, included on UNESCO’s World Heritage List. 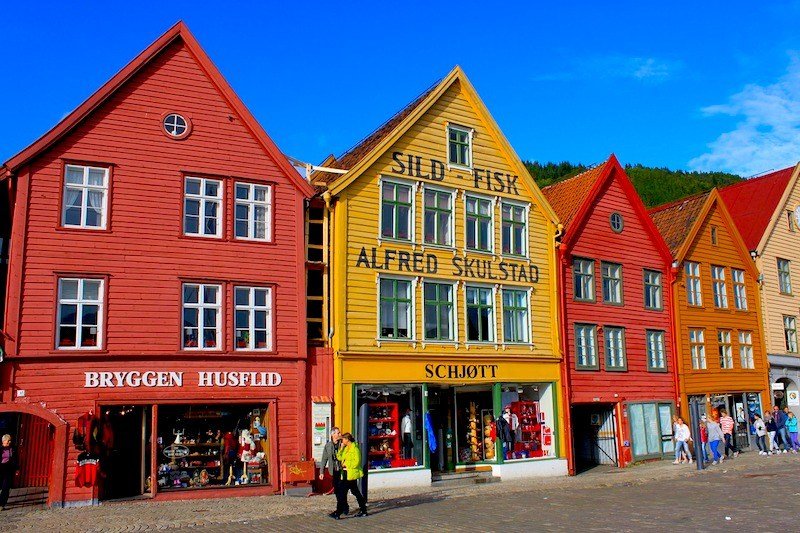 Bergen is the gateway to the western fjords, and Norway’s second city, after Oslo. It retains the charm of a small town, and offers plenty to do. Discover the UNESCO-listed Bryggen with its wooden buildings dating back to the Hanseatic League. Explore the Fish Market (Fisketorget) with several food stalls and restaurants where you can sample some of the freshest fish. 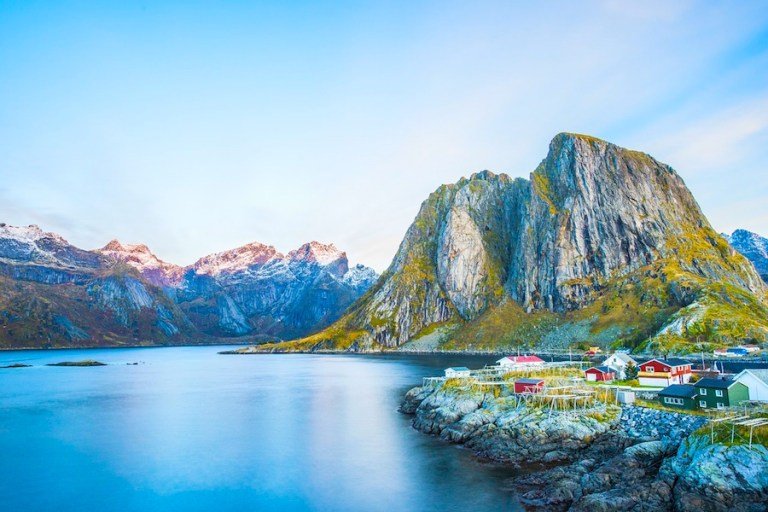 The Lofoten Islands form an archipelago located in the north of Norway. Lofoten is known for its dramatic scenery with remote fishing villages nestled in the fjords, and for being one of best places to see the aurora borealis and experience the midnight sun. The islands offer unique experiences in touch with nature: kayaking between islands, fishing, hiking, and even surfing. Don’t miss the chance to discover the ancient history of the Vikings at Lofotr, the Viking Museum. The local seafood and lamb-based cuisine is also not to be missed. 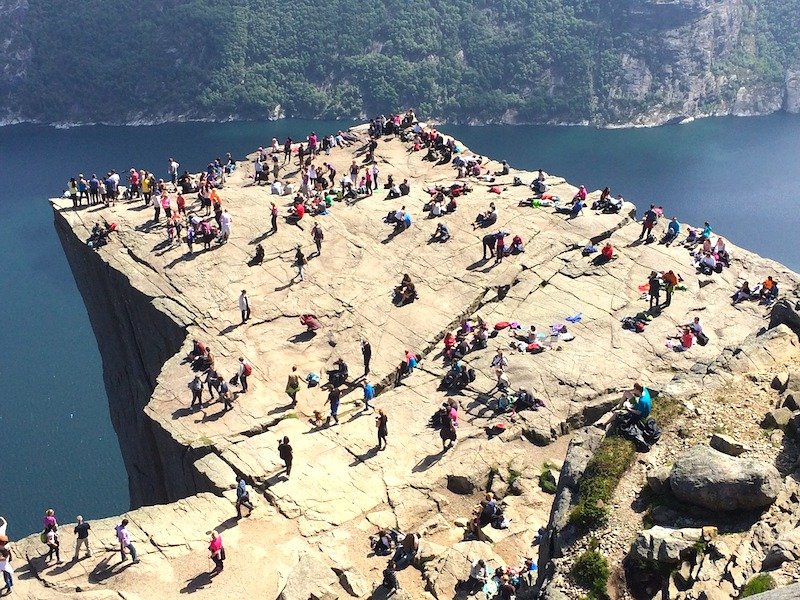 Preikestolen – Rock of the Pulpit

Stavanger has mountains as well as beaches. The region is best known for the Lysefjord and the famous Rock of the Pulpit (Preikestolen), but also for the long white sand beaches of Jæren – the Sola Strand Hotel, located on Sola beach, offers fantastic views.

Stavanger also has a port that receives many cruises on their way to visit the Norwegian fjords. Around it, the city’s main attractions can be found in a relatively compact area. They include the Stavanger Art Museum, the Cathedral of Stavanger, which is the best preserved Norwegian medieval church, and the Gamle Stavanger, a historic area of restored wooden buildings that transports visitors to 18th-century Scandinavia. 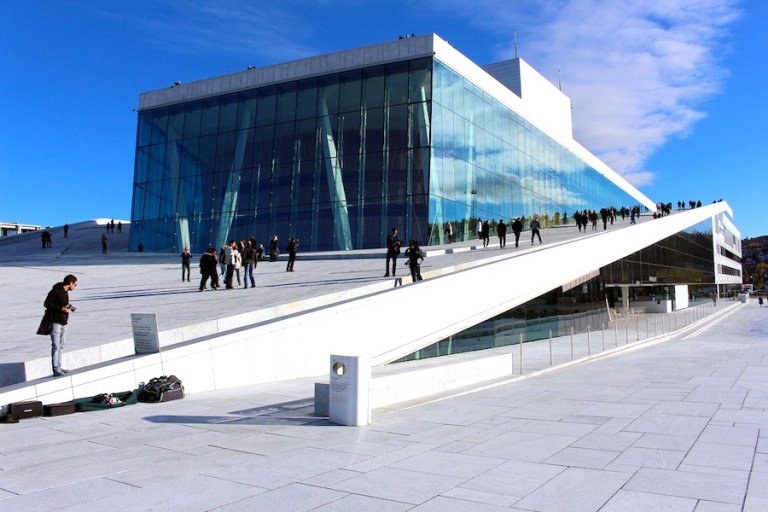 The capital of Norway is an easygoing, modern city, surrounded by a natural scenery of fjords and mountains. Two thirds of Oslo’s total area are forests, parks and lakes, offering a great opportunity for outdoor activities such as hiking and cycling. But that doesn’t make Oslo any less cosmopolitan. During a visit, you’ll have the chance to be amazed by the modern Opera House building, and to visit the many museums, including the Munch Museum. 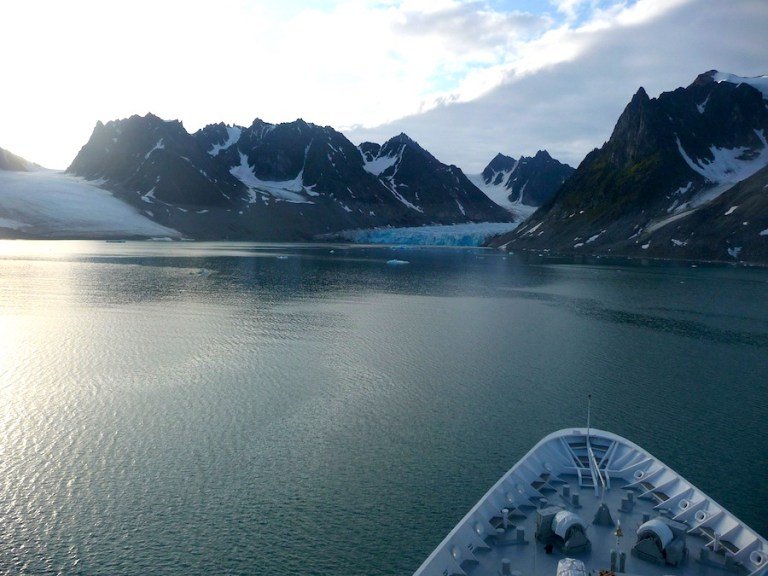 Svalbard is a group of islands located in the Arctic Ocean, midway between continental Norway and the North Pole, that is part of Norway since 1920. It’s considered the northernmost place on earth that is permanently inhabited. The less than 3,000 inhabitants are concentrated in the towns of Longyearbyen and Barentsburg in Spitsbergen, the archipelago’s largest island.

Travellers that visit Svalbard do it for the arctic experience and to be in touch with nature at its purest state. Glaciers and mountains, polar bears and foxes, reindeer, whales, seals and walruses are all part of the experience. 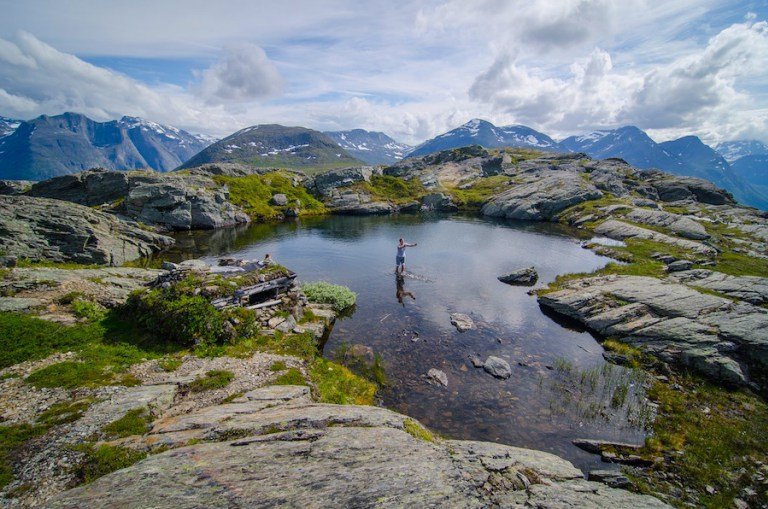 The Jotunheimen National Park is located in the south of Norway, halfway between Oslo, Bergen and Trondheim. The “Home of the Giants” as it is known in Norse mythology has mountain ranges, including 29 of Norway’s highest mountains. The park is also home to Vettisfossen, the tallest waterfall in Norway with a free drop of 275 metres (about 900 feet).

The park offers several mountain houses with well signed trails, making it an ideal place for hiking, climbing, skiing and cycling. The lodging options are many and varied, from camping in nature to spending the night at the Herangtunet Boutique Hotel. 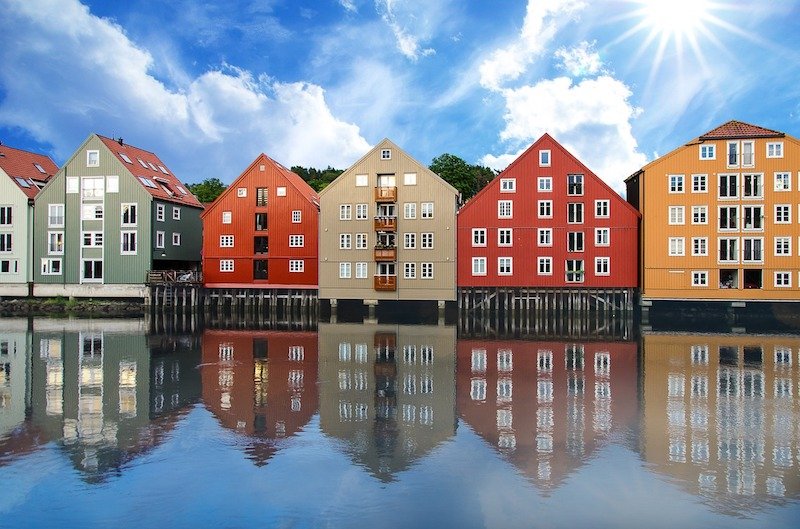 Founded in 997, Trondheim is currently Norway’s third largest city. It was the capital city at the time of the Vikings, and the country’s religious centre during the Middle Ages. Trondheim is ideal for travellers interested in Norwegian history. Among the many historic attractions, Sverresborg is a restored 12th-century castle, and Nidaros is the world’s northernmost medieval cathedral. 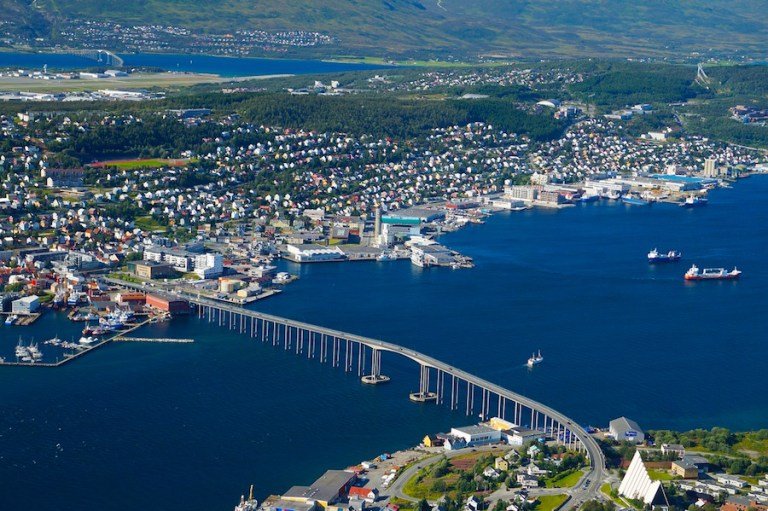 Tromsø is the largest city in northeastern Norway, known for its 17th-century wooden buildings and the beauty of the surrounding area. Located 350 kilometres (about 218 miles) north of the Arctic Circle on the island of Tromsoya, Tromsø is one of the best places to observe the aurora borealis. The phenomenon occurs between late September and late March. However, weather conditions, such as cloudy skies and the amount of solar activity, which are difficult to predict, can dictate the chances of witnessing the phenomenon.

The city has several interesting museums. The Polaria Aquarium and the Polar Museum offer arctic experiences. For a stunning view, take the Fjellheisen cable car up to Mount Storsteinen. On a clear day, the views over the town and the surrounding fjords and mountains are simply beautiful. 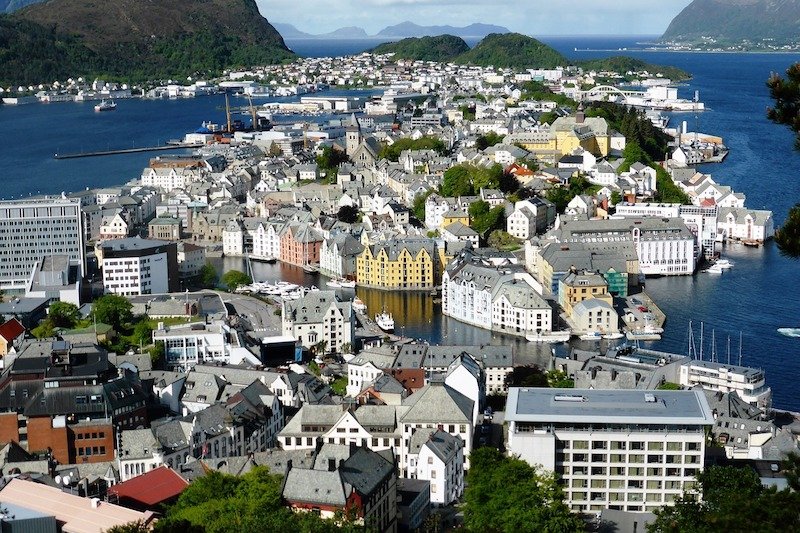 The quaint town of Ålesund is the gateway to the northwestern fjords of Norway. Ålesund also boasts an unusually consistent architecture in the Art Nouveau style (Jugendstil) as the town was entirely rebuilt after a devastating fire in 1904. Visit the Jugendstilsenteret, or Art Nouveau Centre, to learn more about this architectural style. Head to Mount Aksla for the 418 steps up to Fjellstua for a view of Ålesund and the surrounding islands. If you’re having seconds thoughts about the climb, just remember that once on top you can reward yourself with a big ice cream at the Fjellstua Café coupled with a breathtaking view.