Salvador is Bahia’s state capital, and the largest city in Brazil’s Northeast region.

Founded in 1549 by the Portuguese, Salvador was the country’s first capital city, and remained so until 1763. It was also the first slave market in the New World, with slaves working on sugar plantations.

Today, Salvador is one of the most multicultural diverse cities in Brazil, boasting colourful colonial buildings, Portuguese and African influences, a rich cuisine, and beautiful beaches and landscapes along the Bahian coast. 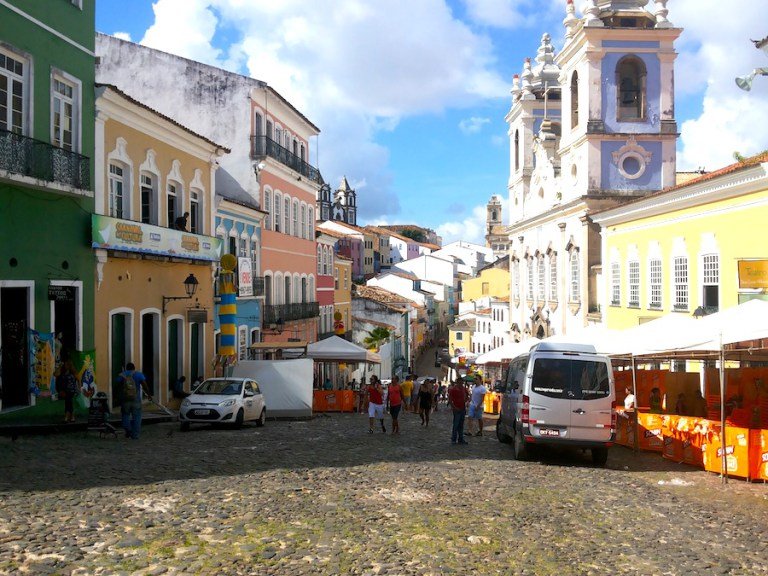 Named a UNESCO World Heritage Site in 1985, the beautiful old colonial centre of Salvador, known as Pelourinho or simply Pelô, is the most iconic place in Bahia’s state capital. Pelourinho in Portuguese actually stands for a stone post where offenders were publicly exposed and punished. In colonial Brazil, offenders were mainly slaves.

Pelourinho is linked to the foundation of the colonial city. It was once an administrative and residential neighbourhood – its location atop an 85-metre-high escarpment was strategically chosen. Salvador’s historic centre preserves many of the quaint cobbled streets and colourful colonial Portuguese buildings completed in the 17th and 18th centuries. Some of these buildings are churches and convents, and a number has been adapted to function as museums.

To discover Salvador’s culture and history, visit the City Museum, and Museu Abelardo Rodrigues, which has several interesting exhibits of sacred art, unusual instruments, and African art. Jorge Amado Foundation is also interesting (and has English translations), dedicated to the life and literary work of this great novelist who captures Brazil, and Bahia, in his writings. 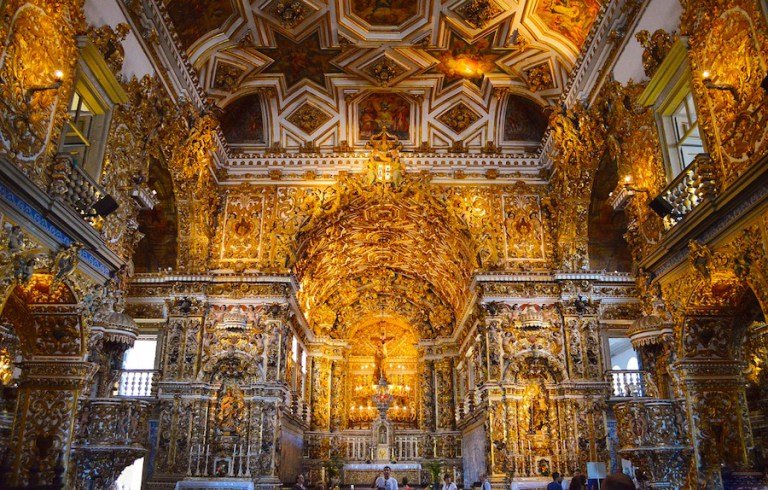 Dating from the 18th century, São Francisco Church is one of Brazil’s most magnificent Baroque churches, filled with displays of wealth in the form of ornate wood carvings and gold-leaf decor. The attached convent is worth a visit too for the beautiful Portuguese azulejos (hand-painted tiles) in the inner courtyard. 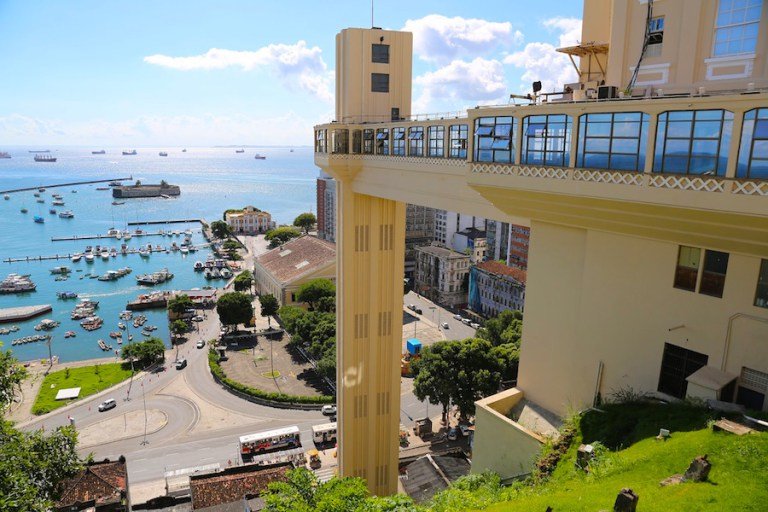 Lacerda Lift (or Elevator) is another of the symbols of Salvador. Opened in 1873, this 72-metre (236-feet) high urban lift connects Cidade Alta (Upper City) and Cidade Baixa (Lower City). Historically, the lift converted a very long walk between Lower and Higher Salvador in a 30-second ride. The fare costs only R$ 0.50. At the top, there’s a panoramic lookout that offers a stunning view of the bay.

In Lower Salvador, Mercado Modelo is a large souvenir and local craft’s market, close to the Lacerda Lift. Besides numerous stalls, two restaurants on the second floor offer views of the bay and dishes of the Bahian cuisine. 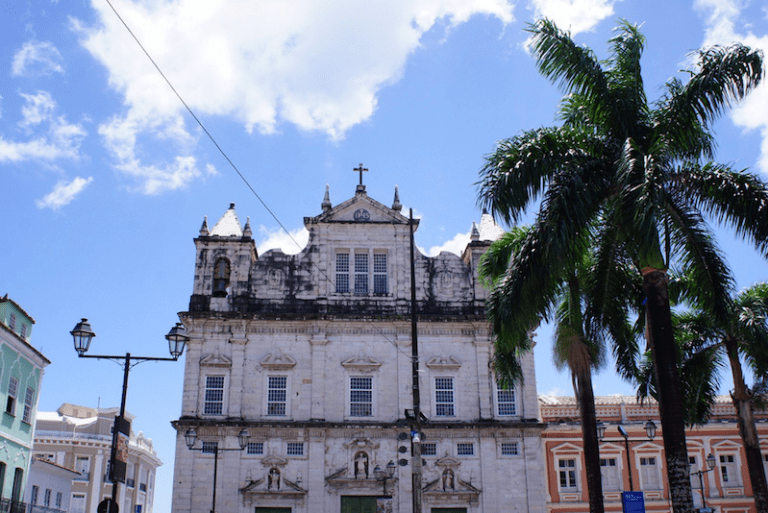 Salvador’s Cathedral is an old Jesuit church built between 1656 and 1672. An impressive façade of Lioz stone, imported from Portugal, hides an equally impressive interior filled with sacred art and Renaissance altars. Not to be missed. 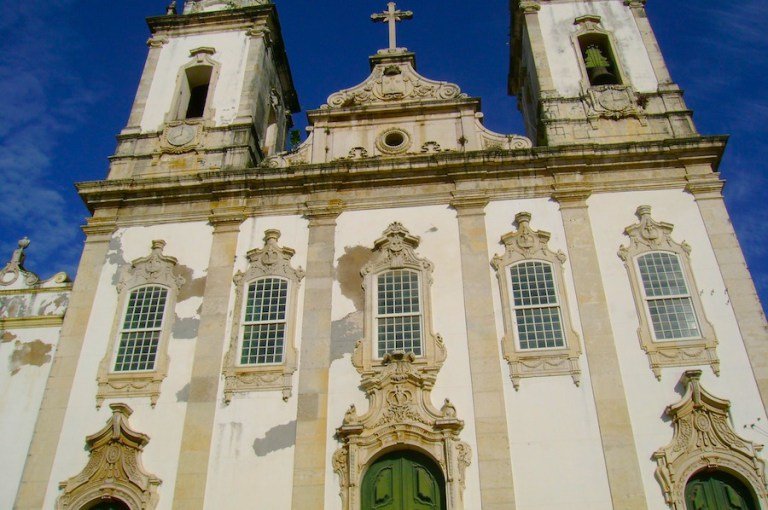 Bonfim is one of the best-known churches in Salvador, and one of Bahia’s religious symbols. Completed in 1772, it has a Rococo-style façade, and a neoclassic interior. Outside, vendors sell ribbons that worshipers can tie to the fence and make a wish. The church is a bit far away from the other main attractions in central Salvador. You can get there by taxi. 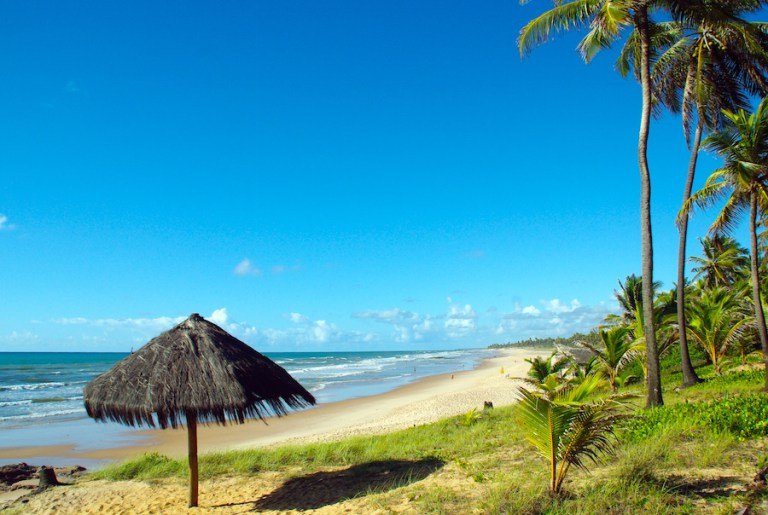 Salvador has a long coastline with several stretches of sandy beaches. Two of the most popular are Farol da Barra and Ondina, both city beaches, and fun places to people watch along the beach walk. At the end of Farol da Barra is the lighthouse with a museum and a stunning view from the top.

Another popular and busy beach is Praia do Porto da Barra, with some beachfront places to stay such as Grande Hotel da Barra. To find better and less busy beaches, head northeast to Itapuã, near Lagoa do Abaeté.