Sweden is the country of Nobel prizes and famous brands, such as Volvo, Saab, Ikea and Abba, just to name a few. But the truth is that Sweden’s scenery and cities are by far the best reasons to explore this Scandinavian country.

From Malmö to Lapland, including the cities of Stockholm and Gothenburg, the island of Gotland, and the historic towns of Uppsala and Sigtuna, here are seven unmissable attractions in Sweden. 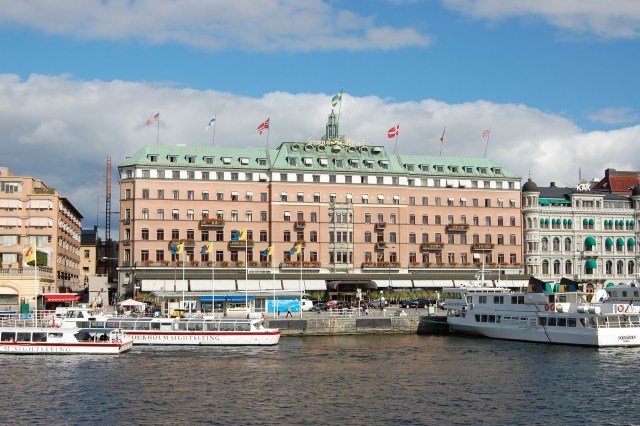 Founded in the thirteenth century, Stockholm is a cosmopolitan and modern capital city, consisting of 14 islands connected by 57 bridges over Lake Mälaren. Besides exploring the Old Town (Gamla Stan) and embarking on a boat trip, you should visit some of the many Stockholm’s fascinating museums. A few have free admission, namely the Medieval Museum, the Royal Armoury Museum (Livrustkammaren), and the Moderna Museet. But  the Vasa, named after the famous seventeenth-century warship, is by far the city’s most popular museum. 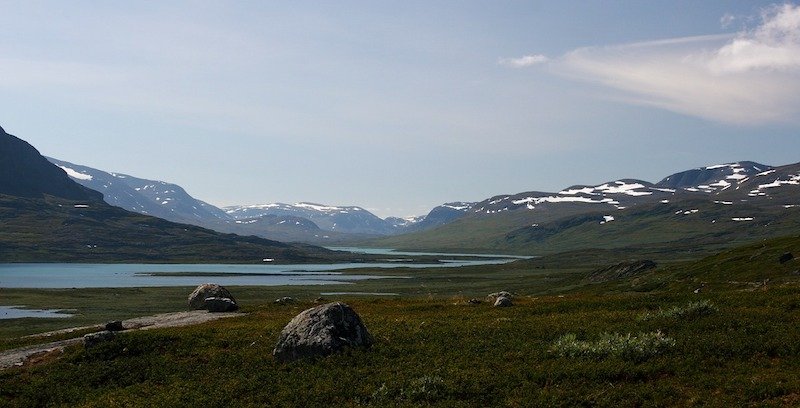 Lying in the far north of Sweden, above the Arctic Circle, the Swedish Lapland is the land of the Sami, one of Europe’s largest indigenous groups, as well as of the northern lights and the midnight sun. It is a region of extremes, where temperatures range between -40ºC in winter and pleasant values in summer.

During summer, Lapland becomes a true adventure destination, attracting canoeing and hiking enthusiasts, as well as wildlife observers. Nature and outdoor lovers will want to explore the Vildmarksvägen (The Wilderness Road), a tourist road that begins in Strömsund and ends in Vilhelmina. The most scenic stretch that runs through the Stekenjokk plateau is only open from early June to mid-October. 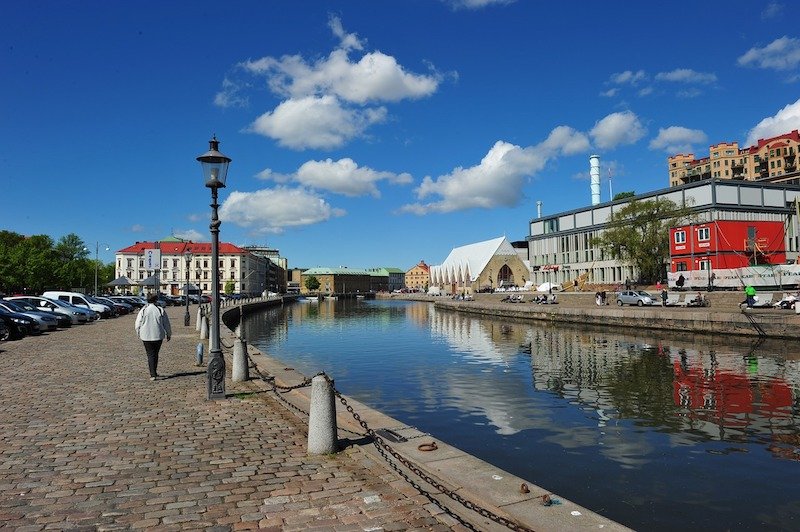 Gothenburg is Sweden’s second largest city and its gastronomic capital. Situated on the southwest coast, it has the largest port in the Nordic countries, and the best seafood restaurants in the country. Either at the market hall Saluhallen, or the fish market Feskekorka, grab a fish soup and you can’t go wrong.

Gothenburg is also known for its well-preserved nineteenth-century parks – the Kungsparken is a lush green area in the middle of the city. Haga is the historic neighbourhood, with wooden houses and several cafés – be sure to sample the famous cinnamon buns at Café Husaren. In the summer months, the city hosts a number of music festivals, such as Way Out West. 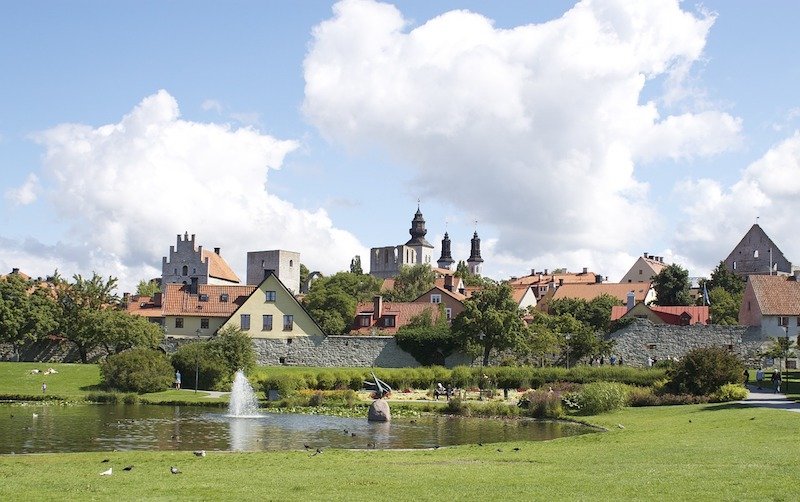 The island of Gotland in the Baltic Sea is known for its white sandy beaches and the town of Visby, a UNESCO World Heritage site. Founded in the tenth century, the Hanseatic town boasts medieval marvels, such as a 2km-long wall to discover on foot, as well as a number of church ruins. The two smaller islands of Gotska Sandön and Fårö are also must-visit sites. The latter is an enchanting place known for its rauks, huge natural limestone rocks that dot the coastline. It’s also the place where the Swedish film director Ingmar Bergman lived and worked for over 40 years. 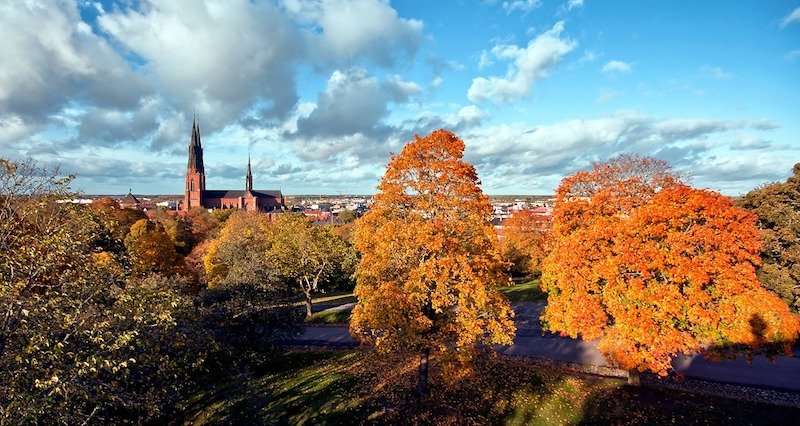 Uppsala has been Sweden’s historic and religious centre since the twelfth century, while Sigtuna was the first Swedish city, founded in 980 AD. Located about 70km (44mi) north of Stockholm, they make for the perfect day trip from the Swedish capital. Uppsala boasts a Cathedral, the largest in Scandinavia, a University founded in 1477, and medieval streets. Sigtuna, on the shores of Lake Mälaren, delights visitors with its thousand-year-old cobblestone streets. 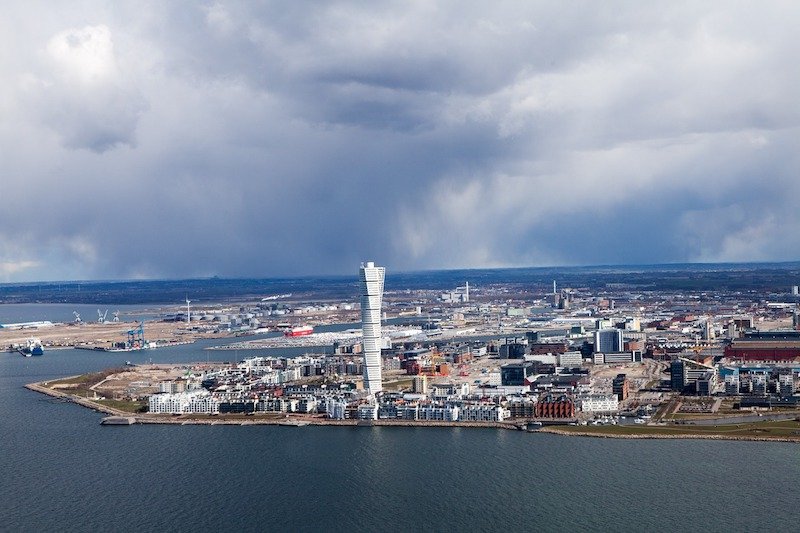 Malmö is located in the south of Sweden, being its third largest city. It’s a place where old meets new. The city has a medieval core that comprises the Old Town (Gamla Stoden), with its three squares – Stortoget, Lilla Torg and Gustav Adolfs Torg -, and the Castle of Malmö (Malmohus Slott), a Renaissance fortress ordered by King Christian III of Denmark in 1530. Among the new building towers, the most impressive is the Turning Torso by the architect Santiago Calatrava. This is a 190-metre-tall skyscraper (about 620 feet) , with 54 floors, that gazes down to the long and modern Öresund Bridge connecting Malmö and Copenhagen. 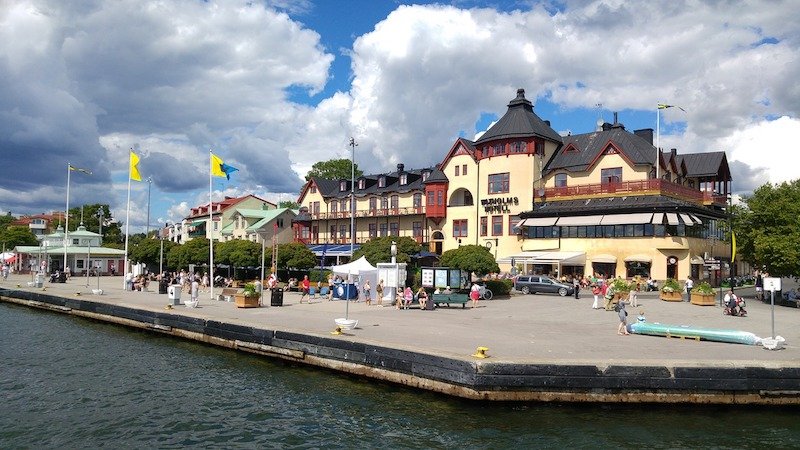 There are about 30,000 islands of various shapes and sizes in the Baltic Sea, just 20 minutes from Stockholm. Of course, many are just rocks in the middle of the sea, but others are great destinations to explore, including uninhabited islets and islands with ancient villages. To get there, you can use the ferry service Waxholmsbolagets, part of Stockholm’s public transport network, or take a daytrip cruise that includes lunch or dinner.

Vaxholm, the archipelago’s capital, is a herring fishing town, with wooden buildings, and several restaurants, cafés and shops. Nacka, the island closest to Stockholm, can be reached easily by bus, car, bike, train and boat. There are several nice restaurants along the dockside to enjoy. If you come to spend the day, Nacka also offers the opportunity to experience great outdoors in its 12 nature reserves.