Home » Weather in Düsseldorf – When to Go, Best Time to Visit

Located on the banks of the Rhine River, Düsseldorf, capital of North Rhine-Westphalia in Germany, has an oceanic climate, which means it rains throughout the year but summer temperatures are mild.

Winter can be cold and wet, and often without any snow. Although winter demands warm and waterproof clothes, it is not as freezing as in other German cities, such as Berlin, thanks to the winds blowing from the Atlantic Ocean.

All four seasons are clearly distinct from one another. Average temperatures range between 3ºC (37ºF) in January, the coldest winter month, and 19ºC (66ºF) in July and August, the hottest summer months in Düsseldorf.

Autumn starts in September as days get shorter. Often, it feels as though the gray and rain will never end. Spring sees nature come back to life, and from May until late summer temperatures become pleasant.

Rainfall is frequent and consistent throughout the year. But summer sees more total accumulation. In spring, you can expect slightly less frequent rain. 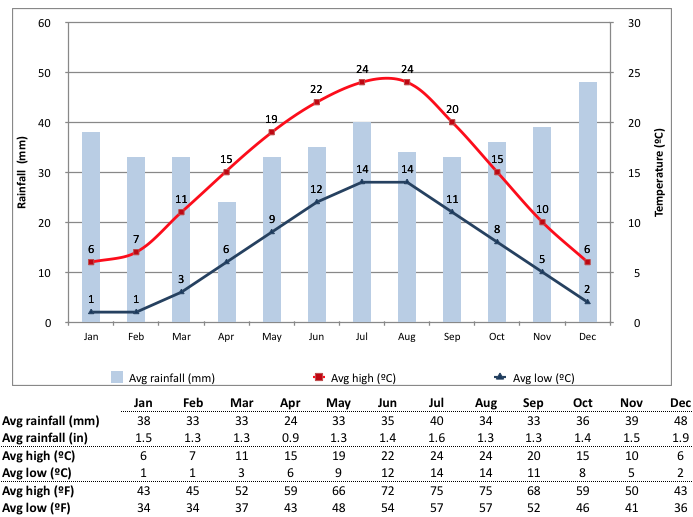 The best time to visit Düsseldorf is during the spring and summer months (mid-May to mid-September), thanks to mild temperatures and long days. Early autumn can have its charms with the fall foliage, but it may feel a bit cold and rainy.

People come in winter to visit Düsseldorf’s beautiful Christmas Markets and for the lively Karneval, a huge carnival celebration that rivals only with that of Cologne.