Frankfurt has a temperate-oceanic climate which means mild summers and cold winters, though not as freezing as in other German cities.

While Frankfurt has one of the hottest summers in Germany, with high temperatures from June to September, it generally rains throughout the year, especially in summer. But remember that we’re talking averages here.

Temperatures and Rainfall in Frankfurt

It rains often, though not very intensely, except when accompanied by afternoon thunderstorms in summer, from May through October. February is generally the month when it rains less. 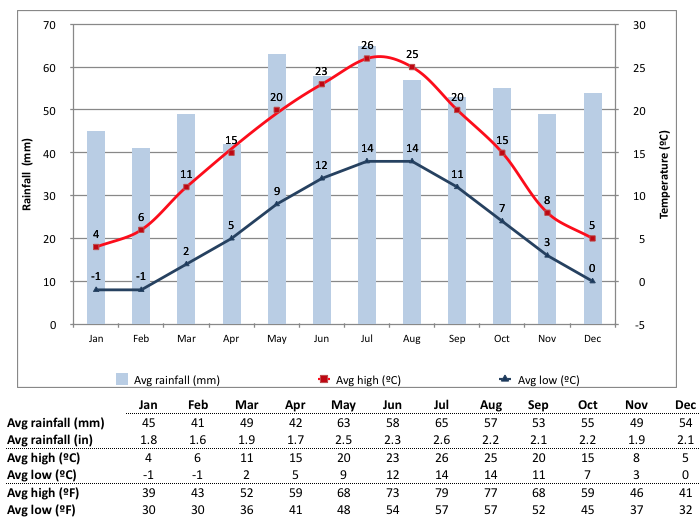 The best time to visit Frankfurt is from late spring to early autumn, roughly between May and September, when temperatures are milder and days are longer.