Home » Weather in Granada: Seasons, Climate and Temperatures by Month

Granada in the south of Spain has a Mediterranean climate, with hot summers and mild winters.

Located in the region of Andalusia, one of Spain’s hottest regions, expect high daytime temperatures in summer.

Our advice: Visit the Alhambra and the other attractions early in the morning, and take advantage of the siesta period. If it gets too hot, consider heading to nearby Nerja, Costa del Sol’s best beach town, a one-hour drive from Granada.

Temperatures and Rainfall in Granada

Late autumn is usually the wettest time of the year, especially during the months of November and December. Rain in summer is extremely rare. 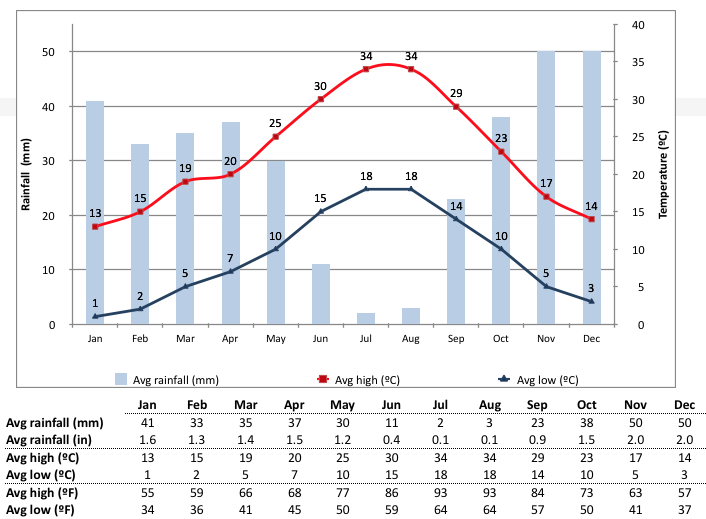 Although Granada can be visited all year, spring and autumn are the best times. July and August can be very hot, so mid-March through June and mid-September through October offer milder temperatures and the best conditions for sightseeing.

If summer is your only you can go, make sure you book your accommodation in advance to save on your trip.