Porto Santo is one of the two populated islands that make up Madeira, an archipelago in the North Atlantic Ocean, just off the west coast of Africa, first colonised by Portugal in the fifteenth century.

With a mild climate and golden sand beaches, Porto Santo Island is a great day trip from Madeira. Actually, the neighbouring Madeirans sail over by ferry for weekends on its 9km-long sandy beach.

Though small, covering just 42 square kilometres (or 16 sq miles), Porto Santo is an island full of contrasts. The north is dominated by the 517 metre (or 1,696 feet) high Pico do Facho, Porto Santo’s highest point, and extensive areas of pinewood. The south of golden sand beaches and warm waters is the reason why Porto Santo is a popular resort island.

While you can spend a whole day on the beach, there are other things you can do as well. Just grab your bike or rented car and explore the interior of the island. As nothing is far, you’ll still can go for a swim before getting back to the ferry.

Note that if you explore by bike, you probably won’t be back in time, in which case you can spend the night in one of Porto Santo’s Beach Hotels. 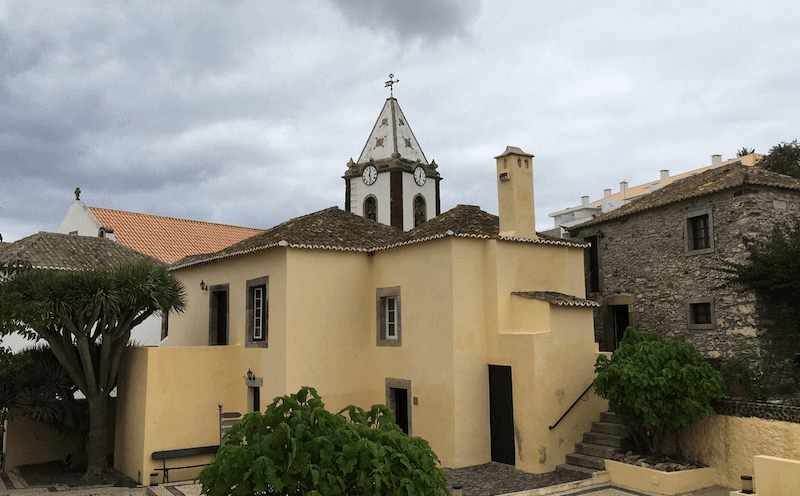 Vila Baleira is Porto Santo’s only town. If you decide to make a quick visit, there are several restaurants where you can taste the local specialties, especially fresh fish and seafood, and chicken with fried corn.

Christopher Columbus’s former house in Vila Baleira is the island’s main cultural reference. It only costs a few euros to visit the Casa Museu which houses a small museum. Besides several information boards about the history of Porto Santo, with English translations available, you’ll have the chance to see artifacts, maps, navigation instruments and charts from the sixteenth and seventeenth centuries. 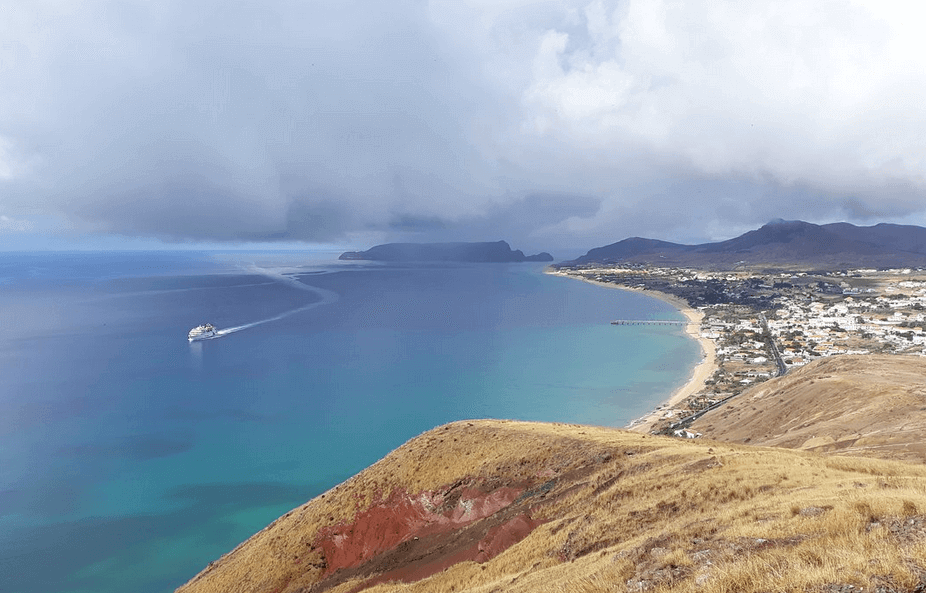 About 2 kilometres from Vila Baleira (a 35-minute walk), Portela is one of several vantage points on Porto Santo. This one offers fabulous views of the beach and the island’s unique windmills which you can also explore. The views are best enjoyed on clear days. 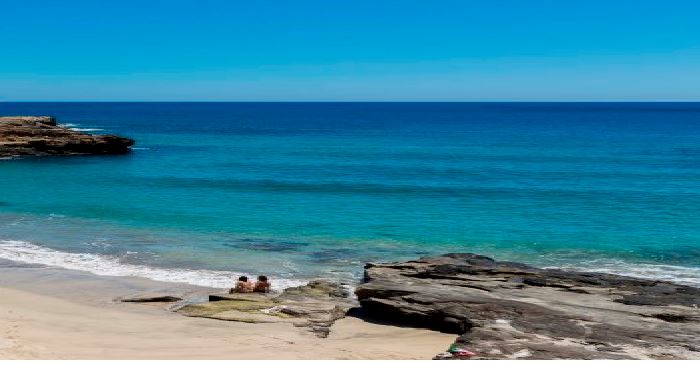 Still on the 111 Regional Road, you’ll reach the beginning of the trail that finishes in Terra-Chã. The hike is 2.7km /1.7mi long (one way), taking about 1h30 (same time for the return trip). The trail was made by the passage of donkeys when barley was planted in Terra Chã. It will take you through the largest number of native plants on Porto Santo. 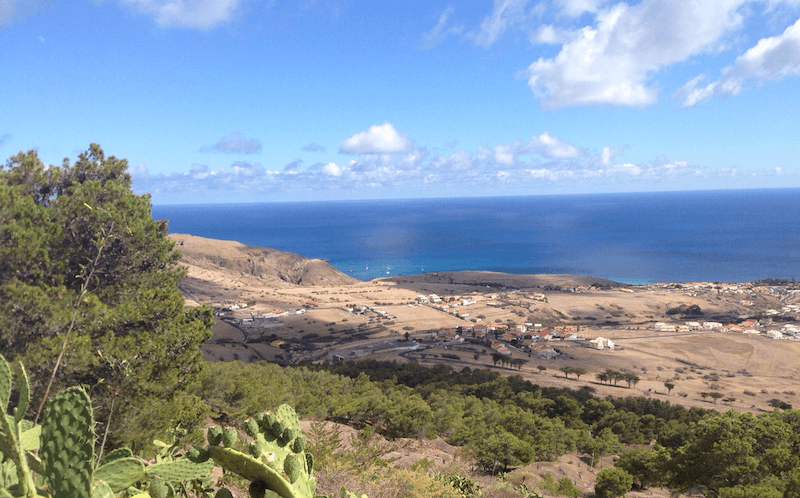 Now head to Pico do Castelo (Castel Peak) at 437 metres high. This is another of Porto Santo’s viewpoints. You can take a steep walk up to top, and the views of the island and ocean will totally be worth the effort. Only one heavy gun remains at the site, as the ruins of the fifteenth and sixteenth century fortifications have been replaced by flora.

There’s no road to Pico do Facho – Beacon Peak, the island’s highest point at 517 metres (or 1,696 feet) high. However, the trail Vereda do Pico Castelo, starting in Moledo near the Regional Road, will get you up to Pico do Castelo and on around Pico do Facho.

The trail offers two ways up. The one covering the north side of Pico do Facho is 3.2km long, taking 1h30 to hike. The other one is a 4.6km hike through the south of Pico do Facho, taking about 2h15. Whichever you decide to take, you can see the remains of what was once agricultural terraces, and the effort undertaken to reforest the island of Porto Santo. 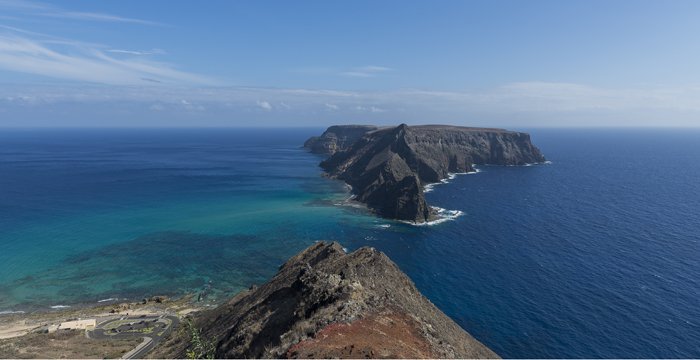 We now turn to the southwest tip of the island, which is what remains to be seen. Start off at Flores lookout. Instead of flores (flowers), however, you’ll get views of islet Ilhéu da Cal (Lime Island) and Porto Santo beaches. 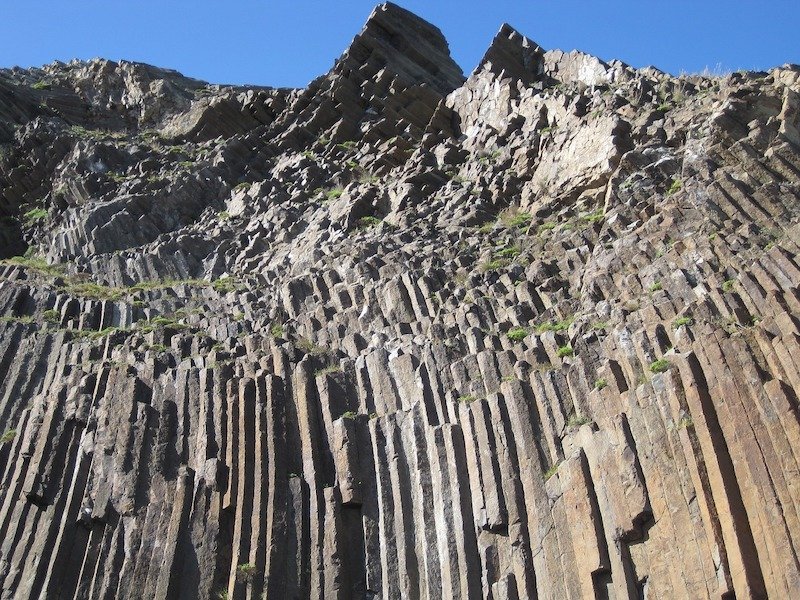 Not far, Ana Ferreira Peak is 280 metres (918 feet) high. From this vantage, you can see places in the hillier north-east that you just visited – Ilhéu de Fora and Facho and Castelo peaks. You can also admire the basalt columns, probably the most beautiful geological formations on Porto Santo Island.

Down at Calheta, there are no resorts, only the beach, dunes and a bar. It feels utterly deserted with Lime Island being the only sight. It’s also a particularly romantic spot to watch the sunset. 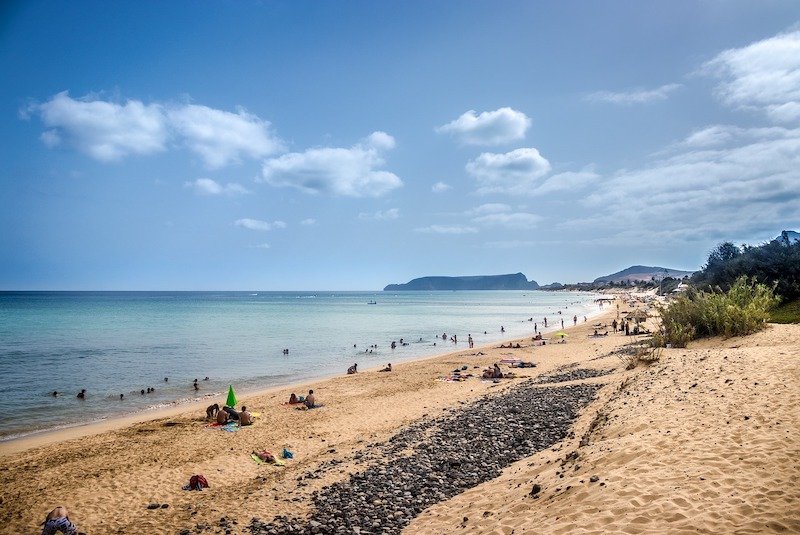 Before getting back, stop at Cabeço da Ponta beach for one last swim. Located 4km (or 2mi) from Vila Baleira, the beach, as the whole of Porto Santo’s sand strip, is reputedly known for its therapeutic effects.