Finding cheap hotels in Stockholm can be difficult, at least without giving up quality and location, but it’s not impossible.

If you’d like to save money but stay comfortably in the city centre, or a few minutes by public transport, here are some of the best reasonably priced options in Stockholm. 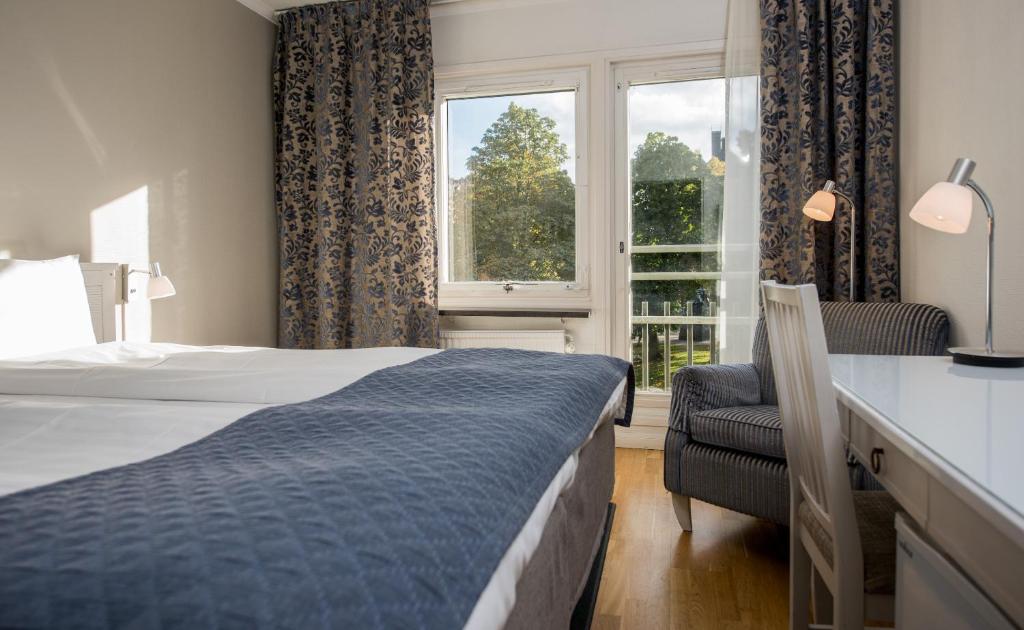 This is a 3-star hotel, a few steps from Drottninggatan shopping street and less than 10 minutes from Stockholm Central Station and major tourist attractions, such as Gamla Stan and the Royal Palace. Rooms are comfortable and quiet, and a breakfast buffet is included in the price.
Book now Hotel Tegnerlunden

The Best Western Kom Hotel is located in a quiet but central area of Stockholm, close to Rådmansgatan metro station and Drottninggatan shopping street. This is an eco-friendly certified hotel. The cold and warm breakfast is very good, according to guests’ reviews.
Book now Best Western 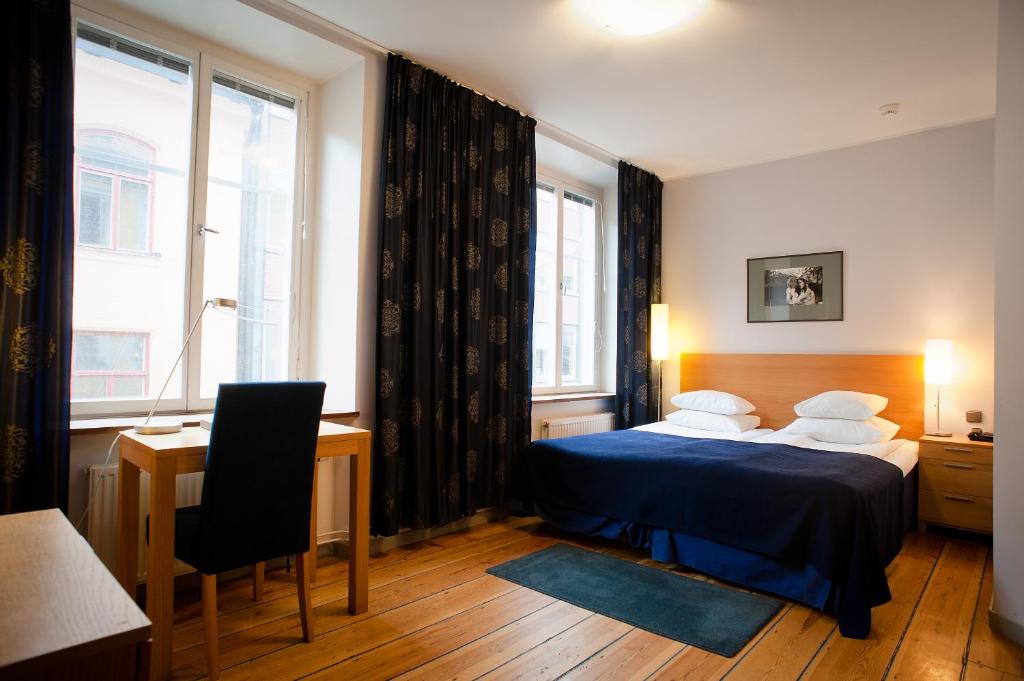 Set in a renovated 19th-century building, the Rex Hotel offers modern, quiet rooms, and a very good breakfast. The hotel location, just outside the centre but close to a metro station, makes the price really good value. In fact, getting to the centre of Stockholm is quick and easy (just two stops to Central Station).
Book now Rex Hotel 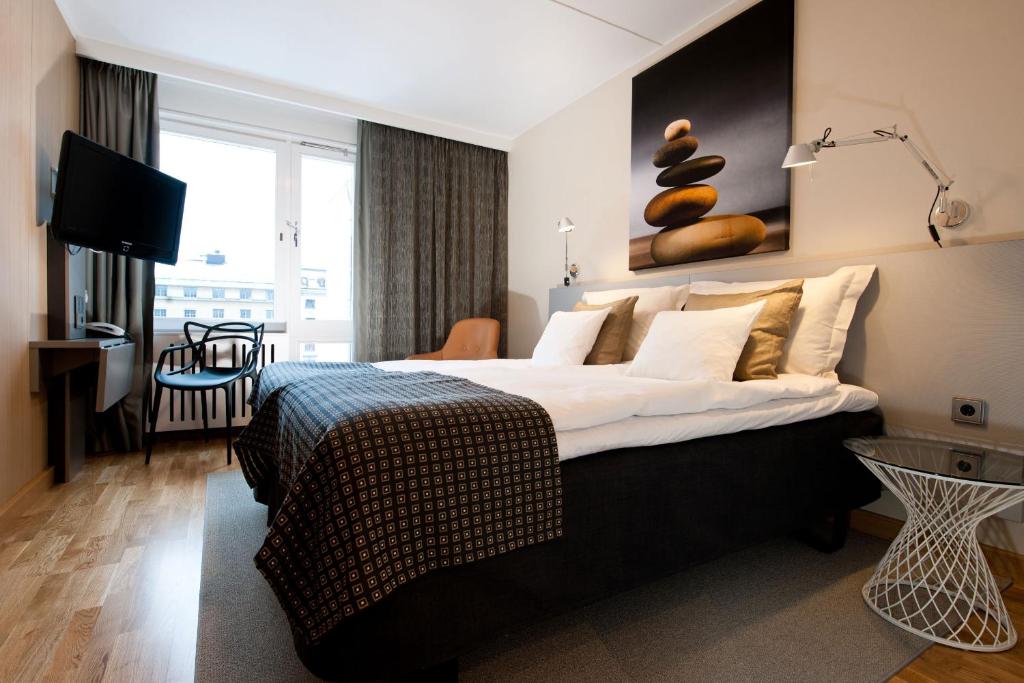 Birger Jarl is a 4-star hotel offering a great location near Rådmansgatan metro station – just a short ride and you will be in city centre. This is a clean, modern hotel, offering a great breakfast, according to guests, which is included in the room price.
Book now Hotel Birger Jarl 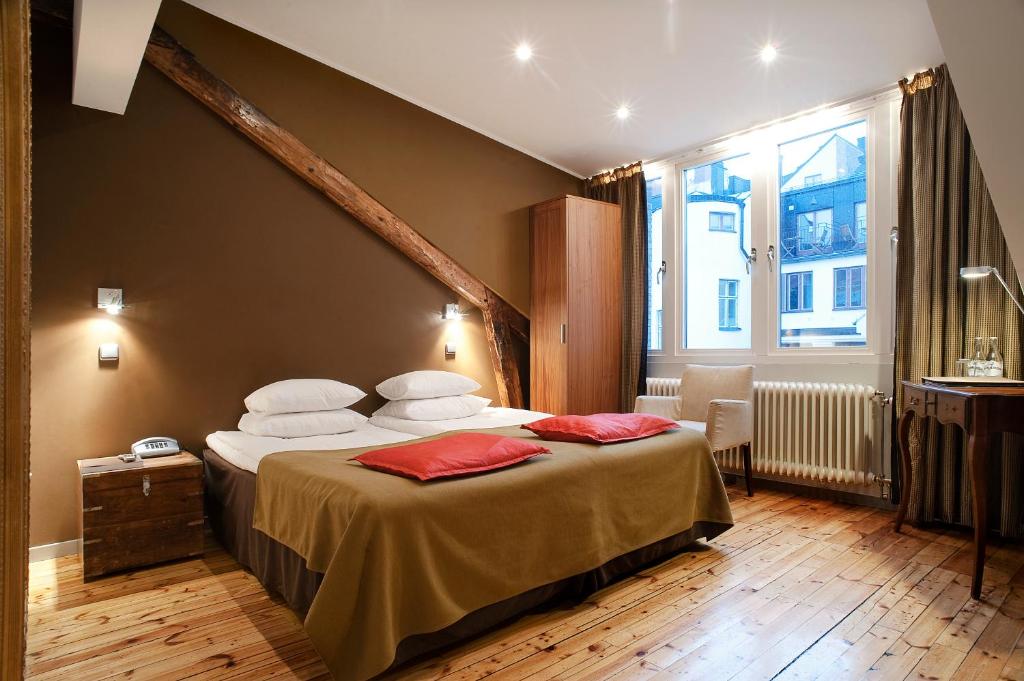 Hellsten is a 4-star design hotel on a quiet side street of Stockholm yet near major attractions, reachable both by metro or on foot. It offers rooms with a unique décor, and a good breakfast.
Book now Hotel Hellsten